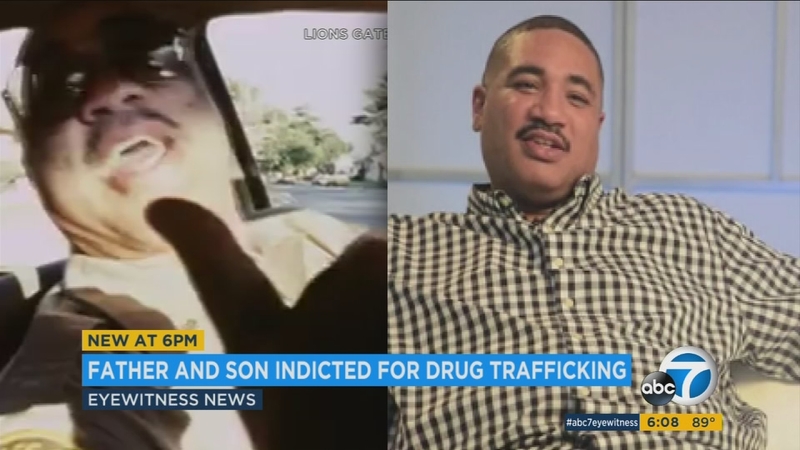 Prosecutors said former policemen Reggie Wright Sr. and his son Reggie Wright Jr. were some of 22 Grape Street Crips gang members and associates responsible for running a heroin, cocaine, meth and marijuana pipeline from LA to another gang in Memphis. Authorities arrested them last week.

Wright Sr. was featured in the documentary "Biggie and Tupac," which looked at life and deaths of rappers Notorious B.I.G. and Tupac Shakur.

Wright Sr. worked in a gang unit for the Compton Police Department before he retired from the LA County Sheriff's Department in 2014.

Wright Jr. was a Compton police officer before leaving to work for Suge Knight and Death Row Records.