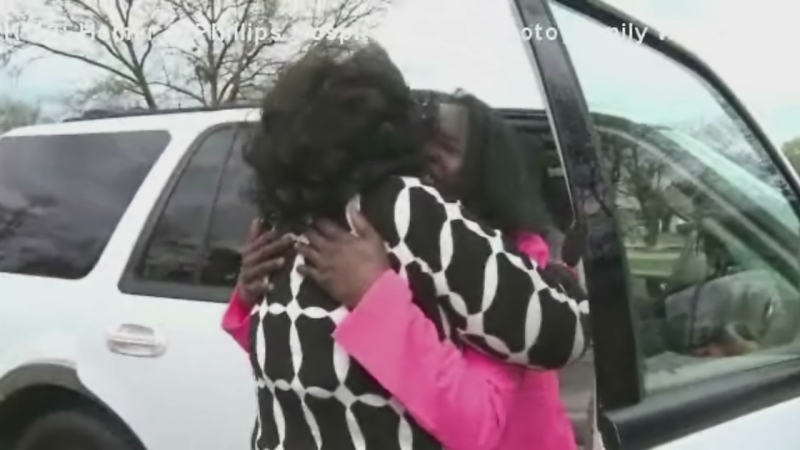 OLIVETTE, Mo. (KABC) -- A Missouri woman thought her baby daughter died shortly after child birth nearly 50 years ago. But thanks to the grandchildren she didn't know she had and the internet, there was a very happy and unexpected reunion,according to KPLR in St. Louis.

The story started 49 years ago at Homer G. Phillips Hospital in St. Louis. Zella Jackson Price gave birth to a baby girl, only to have a nurse come into her room shortly after to tell her that the newborn had passed away.

But that daughter, Melanie Diane Gilmore, was very much alive and somehow was adopted to another family.

Fast forward decades later. Melanie, who now lives in Oregon, wanted to meet her real parents, something her children helped her do. With a name from Melanie's adoptive parents and research on the internet, they found 76-year-old Zella.

After a phone call a couple weeks ago, there was the face-to-face reunion, which happened Thursday. Melanie traveled to Olivette, Missiouri, to meet her biological mother.

The anticipation before that reunion was building for Zella.

"There's nothing greater than this," she said. "Nothing."

And though Melanie finally met her biological mother, unfortunately she didn't get to meet her father, who died several years ago.