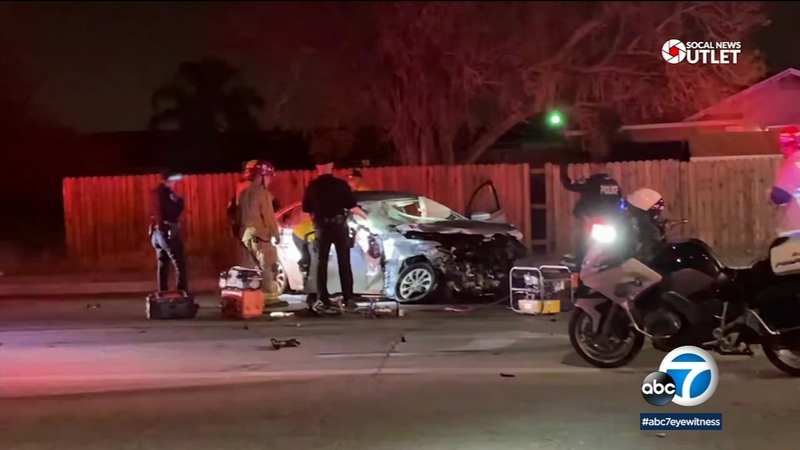 1 killed, 3 hurt when vehicle slams into Rialto home after chase

LOS ANGELES (KABC) -- One person was killed and three others injured when a vehicle slammed into a home in Rialto after a police chase that began early Saturday morning in Colton.

According to Lt. Rocky Johnson of the Rialto Police Department, Colton police originated the pursuit of the vehicle near Pepper Avenue and the 10 Freeway. The driver headed to Fontana and into Rialto, whose police officers then became involved in the chase.

At the intersection of Cedar and Randall avenues, the vehicle crashed into another vehicle about 1 a.m., Johnson said. The suspect's vehicle then jumped a curb and slammed into a home.

Each of the two vehicles involved in the crash was occupied by a driver and one passenger, police said. One of those individuals died and the three others were hospitalized.

Which vehicle the deceased person had been in was unclear. Their identity was not immediately released.

The driver who was chased by police was suspected of DUI, Johnson said.

No one inside the home was injured.