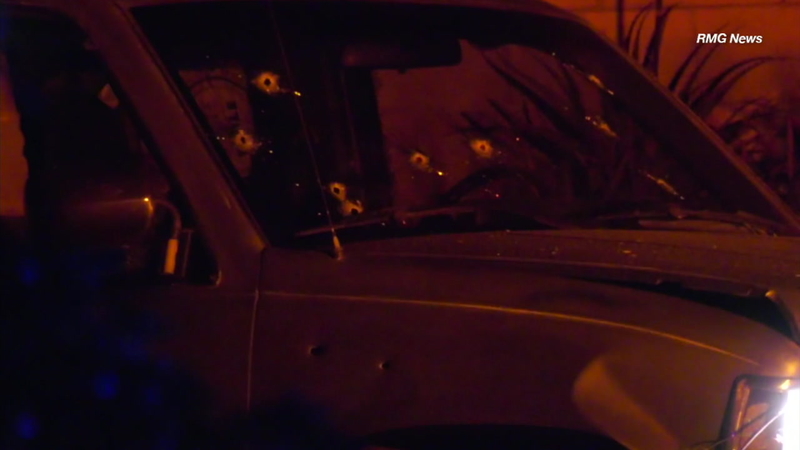 The incident occurred on the 1700 block of N. Sycamore Ave just before 2 a.m. after police responded to a disturbance call.

Family of the 53-year-old person wounded called police, saying he was under the influence of either drugs or alcohol, and tearing up their property with his vehicle -- running into a fence and honking.

According to Rialto Fire Department officials, the department responded to the scene after police asked for help with the man who had been shot.

The suspect's truck was seen riddled with bullet holes and a police vehicle was also observed being placed on a tow truck.

It is unclear if the suspect had a weapon, but he did not shoot at the officers.