Rialto teenager back home after being kidnapped by man she met online, ending up in New York 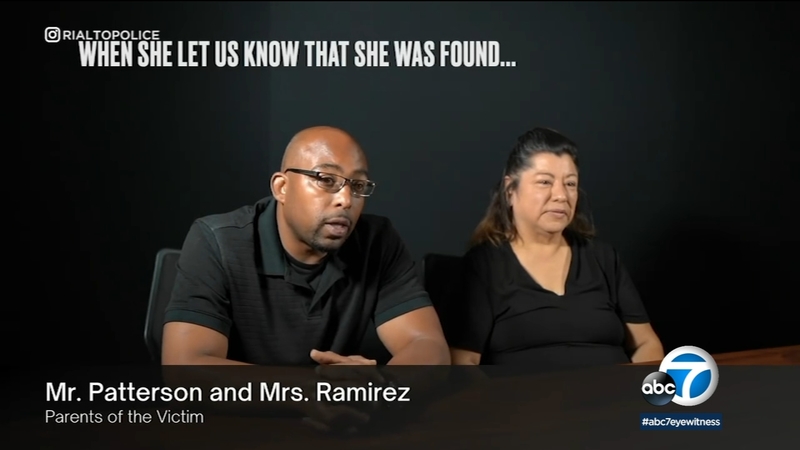 Kidnapped SoCal teen found in NY thanks to quick-thinking detective

RIALTO, Calif. (KABC) -- A Rialto teenager is safe and back home with her family after she was kidnapped by a man she met online.

Rialto police say the 17-year-old met the man online and ended up traveling to New York to be with him. The teen's parents called police when she turned up missing.

After speaking to a friend of the victim, authorities were able to piece together that she had been in contact with Elijah Clark, a 24-year-old in New York, on social media.

Investigators contacted Clark and said it was immediately clear to them that something was wrong.

When Detective Agnes Watson called him and identified herself, he hung up. That's when Watson says she texted the number back.

"I received a text from the suspect's phone... and it was a text from the victim asking 'please help me. He won't let me go. I want to come back home. Please get me back home.' And then they said 'do not reply back to this text message or I'll get in trouble'."

Rialto police called police in New York, who then raided the suspect's home and found her being held against her will. She was reunited with her family on Mother's Day.

"When she let us know she was found... my heart just dropped out. We both were so ecstatic, tears, joy." the teenager's father said.

Clark was taken into custody and is facing kidnapping charges.

Police hope this incident serves as a reminder for parents to be aware of what their kids are doing on social media.