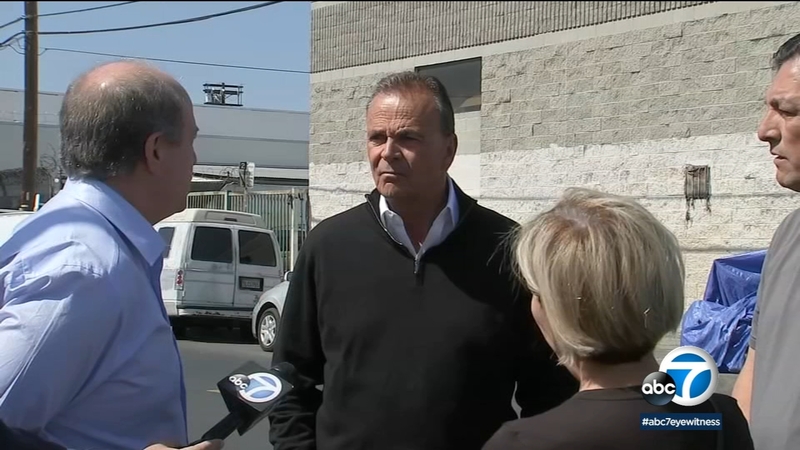 Following news that Politico obtained what it called a draft opinion written by Justice Samuel Alito that indicates the court privately voted to strike down Roe v. Wade, Caruso tweeted that he "profoundly disagrees with the draft decision'' and said he is pro-choice.

However, a profile of Caruso in Los Angeles Magazine in July 2007 reported that he said he opposes abortion in most cases, but would support stem cell research.

In response to questions about the L.A. Magazine article, Caruso's campaign said it wouldn't comment on particular stories, but "the bottom line is Rick has always been pro-choice and has always supported Roe v. Wade.''

The Planned Parenthood Advocacy Project Los Angeles County Action Fund had planned a news conference for Wednesday morning in Pan Pacific Park to call on Caruso to clarify his stance on abortion, explain why he has changed his mind and to "issue a public apology for past actions that put women's lives at risk.''

However, on Tuesday night, the organization announced it has postponed the news conference until to May 14 "to coincide with the Women's March LA 'Ban Off Our Bodies' rally'' set to take place that day at L.A. City Hall.

It also said he provided financial support to the National Republican Congressional Committee in 2017, noting that the committee's chairman "signed an amicus brief to the Supreme Court asking the court to overturn Roe v. Wade.

"You have supported some of the strongest enemies to reproductive rights in the country. You have used your wealth and influence to support policymakers who likened abortion to murder, and who have made concerted efforts to defund Planned Parenthood and overturn Roe v. Wade,'' Vázquez said.

"You now claim that you have had a change of heart, but that is not enough. Voters need a clear picture of where you stand on reproductive rights and a better understanding of why you supported such harmful policies and lawmakers in the past.''

One of Caruso's opponents in the June 7 mayoral primary, City Attorney Mike Feuer, accused him of not having "L.A. values,'' saying he has hosted fundraisers "providing millions of dollars to the GOP and anti-choice Republican Presidents and Presidential candidates -- from George W. Bush to Mitt Romney and more recently John Kasich.''

In 2016, Caruso served as Ohio Gov. John Kasich's California co-chair during his campaign for president.

Caruso switched his voter registration from independent to Democrat in January shortly before announcing a run for mayor of Los Angeles, a city led nearly entirely by Democrats. He was registered as a Republican before 2012.

On Tuesday, Caruso said he supported Gov. Gavin Newsom's proposal for a constitutional amendment in California to ensure women's right to choose.

Caruso also said he would create "a California PAC for choice'' and provide an initial $100,000 in support, while pledging $1 million to help ensure an amendment passes.