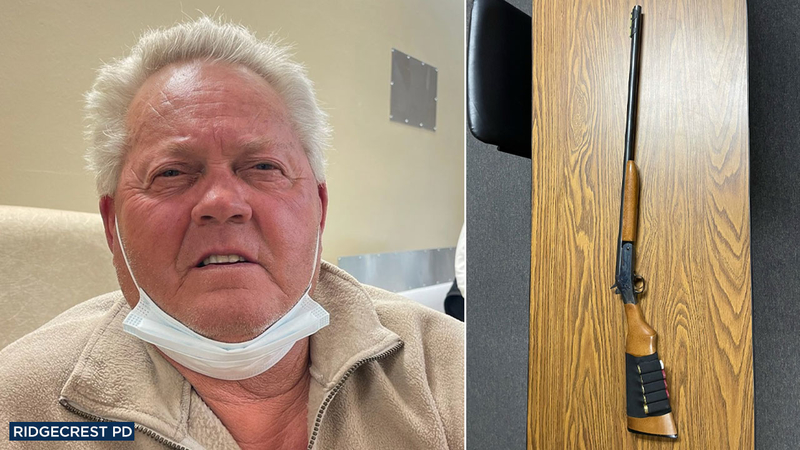 RIDGECREST, Calif. (KABC) -- A Ridgecrest man could face attempted murder charges after shooting at a pair of teens who threw water balloons at him.

Police said the teens, ages 17 and 18, were driving around town with water balloons in their pickup truck on Saturday when they spotted area resident Mark Shell sleeping in his parked pickup truck.

When Shell got out of his truck to inspect for possible damage, he noticed the teens were driving back in his direction, police said.

According to authorities, that's when Shell retrieved a 12-gauge shotgun from his vehicle and fired the weapon at the driver's door, causing minor injuries to the driver and damage to the truck.

Shell then fled the scene.

Police eventually located Shell near Highway 395 and took him into custody without incident. A shotgun was recovered from his vehicle, officials said.

Shell, 63, is a convicted felon and not allowed to possess firearms or ammunition, investigators said. He was transported to Bakersfield and booked into the Kern County Jail, where he faces the following charges: Attempted murder; assault with a firearm; felon in possession of a firearm; felon in possession of ammunition; and shooting at an occupied vehicle.

U.S. Rep. Thomas Massie is drawing criticism after tweeting a photo of him and his family holding guns in front of a Christmas tree, just days after four teenagers were killed in a school shooting in Michigan.