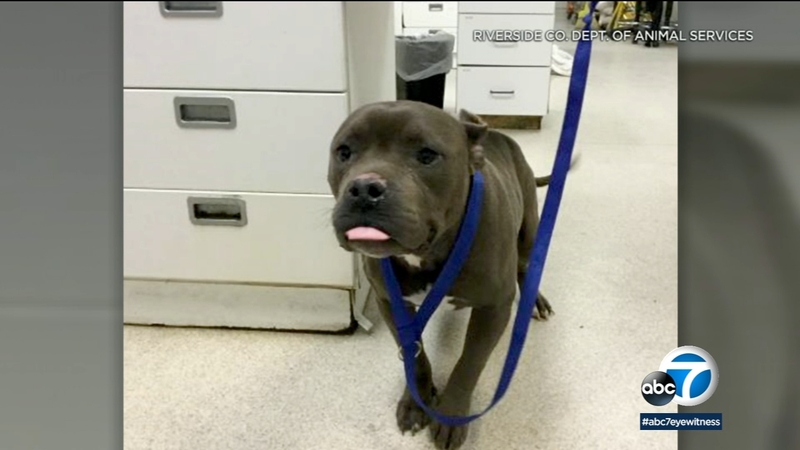 The attack happened in the 5700 block of Walter Street in Riverside. The officers arrived at the home shortly after 10 a.m. Thursday to investigate a dog that had been reportedly involved in a prior bite.

Officers Shirley Rivera and Ramon Rodriguez were going to place the 5-year-old male pit bull in quarantine, but before the officers entered the property, a resident at the home told them they would put the dog in a secure spot.

The dog then "rushed out of nowhere" and attacked the two officers as they stood outside the property's front gate, according to Commander Chris Mayer.

Rodriguez suffered bites to his thighs and his right foot. The dog latched onto his right before Rivera used her pole to hit the pit bull so it would release itself. As the dog let go, it attacked Rivera, who suffered a bite wound in the stomach.

The dog, named Chato, has since been euthanized.