Michelle Morris was originally facing that charge after the death of 17-year-old Diane "Princess" Ramirez in April 2019.
KABC
By Rob McMillan 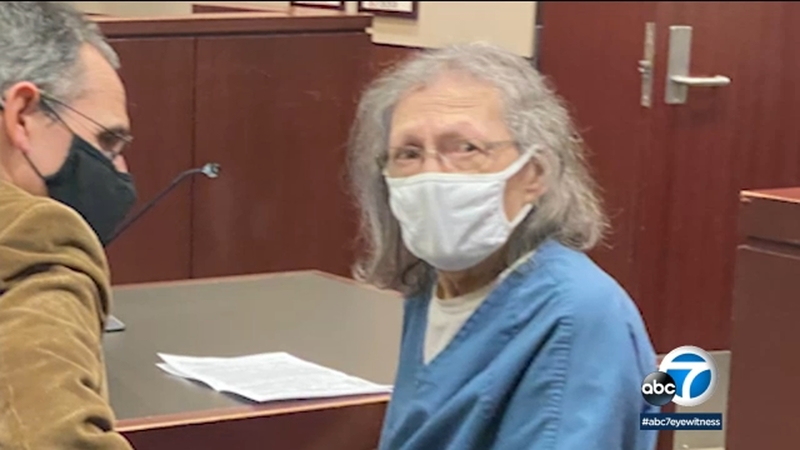 MURRIETA, Calif. (KABC) -- A former Riverside County care home operator who was facing multiple felony charges for the abuse and neglect of adults and children under her care recently had the most serious felony charge of murder thrown out by a superior court judge.

Michelle Morris, and 82-year-old from La Cresta, was originally facing that charge after the death of 17-year-old Diane "Princess" Ramirez in April 2019.

But during a court hearing last week, Judge Timothy Freer dismissed the murder count citing a lack of evidence.

Angel Ramirez, the victim's biological mother, expressed her frustration after the hearing.

"In my personal opinion, I feel that it is Michelle's fault. She let my daughter die. She murdered my daughter," she said.

Diane Ramirez, who had cerebral palsy, was placed at the Morris Small Family Home in La Cresta under the care of Morris after her biological mother lost custody of her in May 2018.

On the night of April 5, 2019, "Princess" was reportedly vomiting blood, moaning and groaning, and was cold to the touch.

A Southern California couple who ran a foster home for severely disabled children and adults is now being charged with multiple felonies, including murder and sexual abuse.

One of her caregivers grew concerned because she had just been released from the hospital after experiencing similar symptoms, but despite those concerns, Morris repeatedly told caregivers not to call 911.

Caregivers finally did call 911, but not until more than eight hours later. By the time Diane Ramirez got to the hospital, she was dead.

"She is dead because of this defendant's refusal to act," said Riverside County Deputy District Attorney Maureen Dumouchel, according to court transcripts of the hearing. "We are talking about a nine-hour delay where Diane laid dying in a home, not able to breathe, her body temperature dropping. She had coughed up blood on numerous occasions, and this defendant did nothing."

"It is correct to say that failing to call 911 denied Diane a chance at survival, but a chance is not enough," said Briones-Colman. "There must be evidence that the chance of success was greater than 50%, and that is not presented by the fact that failure to get treatment was fatal."

Judge Freer agreed with the defense attorney and threw out the murder charge.

The mother of a 17-year-old girl who was allegedly murdered while in a foster care home is furious that the woman accused of killing her is now out of jail after having her bail significantly reduced.

His 30-page ruling is now under seal, but according to court transcripts, he believed the prosecution failed to provide enough evidence to support a murder charge when arguing the case before a grand jury.

"The grand jury transcript does not contain substantial evidence from which the jury could have reasonably inferred that defendant's failure to act was a substantial factor in causing Diane's death," said Freer. "In other words, none of the experts could reasonably say there was a possibility, much less a probability, of survival if surgical intervention had taken place (sooner.) In simplest terms, the expert testimony can be summarized as 'we don't know.'"

For the time being, Morris is still facing an involuntary manslaughter charge in the case.

She and her husband, Edward Kerin, 80, are also facing other charges involving other alleged victims who they were supposed to be caring for at the Morris Small Family Home.

According to the Riverside County District Attorney's Office, some of the adult dependent residents did not have the mental capacity to give consent but had allegedly engaged in sexual acts facilitated and encourage by both defendants.