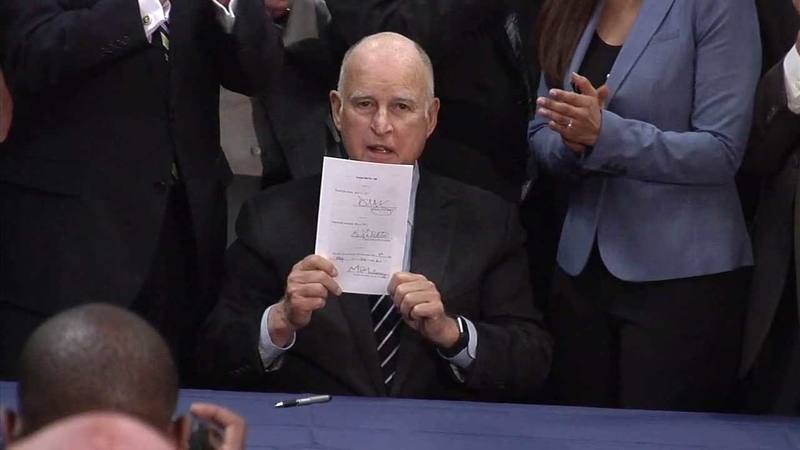 Senate Bill 130, which was authored by members of the Senate Committee on Budget and Fiscal Review, will boost revenue for the county's newest cities by between $17 million and $19 million in the next fiscal year.

The legislation will allow the cities of Eastvale, Jurupa Valley, Menifee and Wildomar to participate in vehicle license fee adjustment and receive additional property tax revenue.

The move is seen as giving money back to the cities, because five years ago Brown stopped some tax revenues from going to the cities to keep it at the state level to help balance the budget.

SB 130 amends the California Revenue and Taxation Code to ensure that cities - which incorporated between Jan. 1, 2004 and Jan. 1, 2012 - receive funding based on a formula in effect prior to the ratification of Senate Bill 89 in June 2011.

SB 89 subtracted more than $15 million in tax money reserved for newly incorporated cities and diverted the money to a law enforcement services account from which grants were obtained and awarded statewide to offset the cost of Assembly Bill 109.

AB 109 shifted many state responsibilities onto counties, including housing some offenders in county jails instead of state prisons.

State Senator Richard Roth of Senate District 31, which represents portions of Riverside County, said he had been on a crusade urging Brown to give back the funding. The democrat and Assemblymember Sabrina Cervantes, a democrat who represents Riverside, were on the fence about supporting Brown's gas and car tax in April.

Roth and Cervantes later voted for SB 1, and now the cities they represent will have their funding returned thanks to SB 130. Many asked if there was a connection.

"It was certainly a turning point," Cervantes said. "It was a tipping point."

"We're here for a lot of reasons, but mostly for the people of these towns who have been neglected for too long," Brown said when asked if this would've happened without Cervantes support on SB 1.