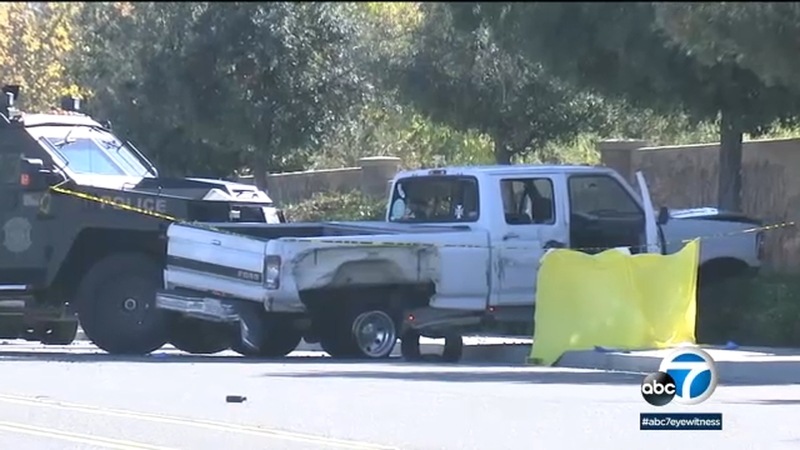 The shooting occurred before 9:30 a.m. in the 23000 block of Jefferson Avenue, according to the Riverside County Sheriff's Department. The deceased person was not immediately identified.

Suspect in a pursuit out of French Valley is dead following an officer involved shooting. This is one of two scenes. The pursuit involved multiple agencies including @RSO @MurrietaPD and @CHPInland pic.twitter.com/LimeUDTKmM

The incident began with an argument at a home in French Valley. Authorities were told the fleeing suspect was armed and possibly under the influence of drugs or alcohol.

Deputies tried to pull the suspect over, but he refused. At one point he did get out of vehicle and then got back in and deputies say they saw he had a handgun.

He led them on a chase into Murrieta. At first spike strips and PIT maneuvers were unable to stop the vehicle, but eventually a Murrieta police armored vehicle was able to force it to stop.

At that point, officials say, the suspect refused to surrender and fired several shots at the deputies, hitting their vehicles. They fired back and struck the suspect, killing him.

"The suspect fired several shots at the deputies and struck several of the vehicles," said Tamrin Olden, spokesperson for the Riverside County Sheriff's Department. "That's where the deputy-involved shooting occurred."