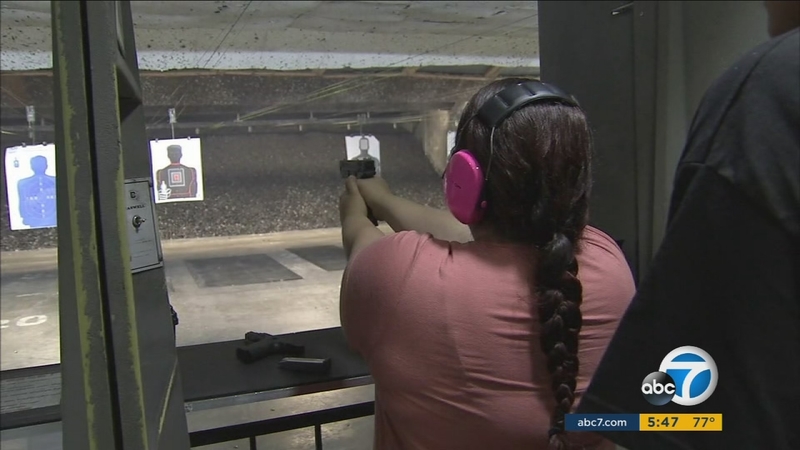 "I am disappointed. It's definitely a night that we like to come in and get a discounted rate as this is male dominated thing," she said.

For the past several years, Riverside Magnum Gun Range held the weekly event waiving the $12 range fee for women. Firearms instructor John Galleta says the idea was to get women to learn how to properly handle a gun in a comfortable setting.

Ladies night was called off after owner Peter Lee received a letter from an Orange County man by the name of Gregory Rolando who claimed that waiving the fee for women is a form of discrimination and a violation of his civil rights.

In follow-up communication, Rolando thanked Lee for discontinuing the promotion, and then went to discuss a resolution.

"The letter basically in my opinion was extortion. This gentleman said he would call off his attorneys if the range owner would pay him a certain amount of money," Galleta said.

Super Corona Detailing Car Wash was sent a similar letter in May. In a lawsuit filed against the car wash, Rolando claimed they offered a ladies day promotion giving female customers $2 off their service.

ABC7 also found lawsuits against multiple other businesses in San Bernardino, Riverside and Orange counties - all related to offers, incentives and promotions given to women. ABC7 reached out to Rolando, who did not return our calls for a comment.