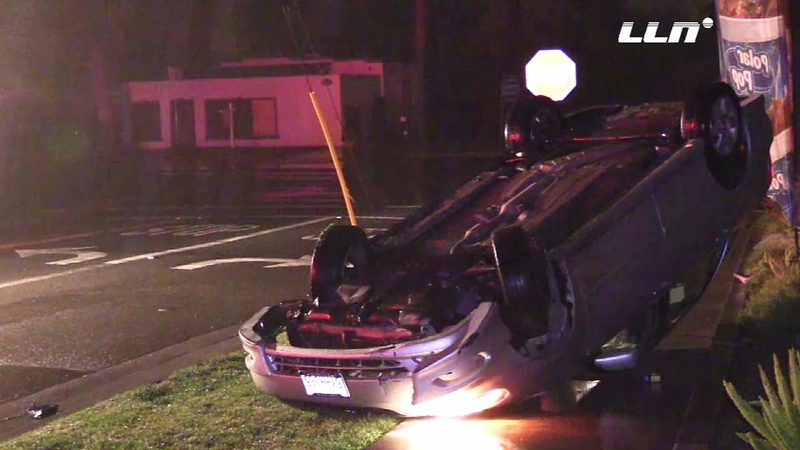 The collision was reported at the intersection of Russell and Main streets just after 1 a.m. The small silver sedan landed on its roof next to a power pole.

The exact cause of the collision remains unknown but investigators believe the slick roads played a part in the crash.

About 1,200 Riverside Public Utilities customers were affected by the outage. Crews worked quickly to restore power to those affected by 8 a.m.