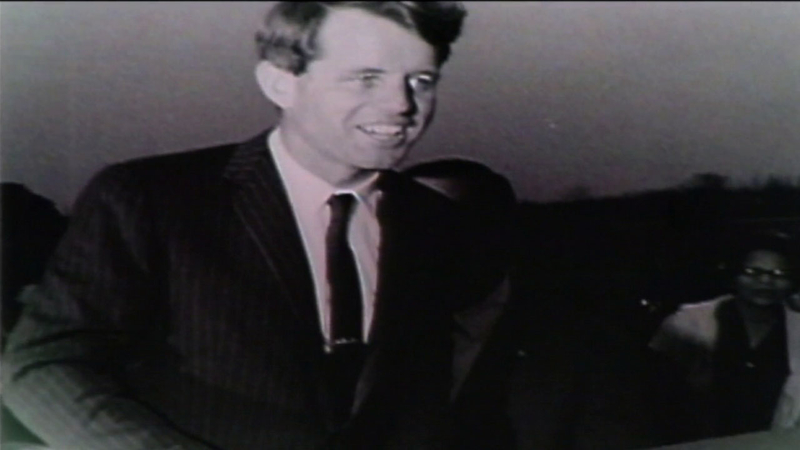 WESTLAKE DISTRICT, LOS ANGELES (KABC) -- It was 50 years ago Wednesday that Robert F. Kennedy died in Los Angeles and a simple ceremony honoring his memory was held at the hospital where he spent his final moments.

Kennedy, then a U.S. senator, was campaigning for president in California when he was shot at the Ambassador Hotel on June 5, 1968. He was transported to Good Samaritan Hospital and died on the fifth floor a day after the shooting.

A wreath was placed near the flagpost outside the hospital to honor Kennedy's memory.

One of the doctors who was there recalled the struggle to save the wounded senator.

"It was very discouraging to know that we couldn't do anything to salvage him," Dr. Carroll Ramseyer said. "But that goes with the territory when you're a doctor. You're confronted with death day in and day out. It's part of the job."

"But we were all very sorry to lose this very good man and wished we could have done more."

Other ceremonies were held around the country to honor Kennedy's legacy, including one at his birthplace in Brookline, Mass.