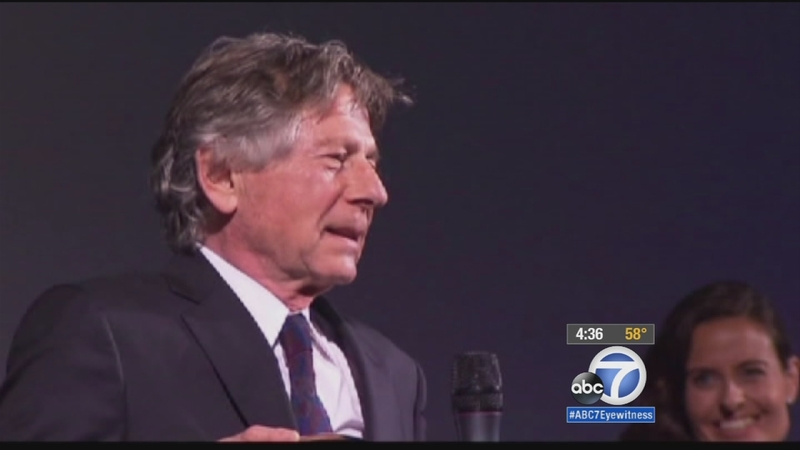 LOS ANGELES (KABC) -- Lawyers for Oscar-winning director Roman Polanski renewed their efforts Monday to get decades-old sex charges against him dropped. It's just the latest twist in a case that's spanned 37 years.

Polanski's legal team filed court papers Monday, alleging district attorneys and judges carried out "serious misconduct" in an effort to prosecute Polanski and force him to return to the United States.

The legal saga began in 1977 when Polanski was charged with raping and sodomizing a 13-year-old girl during a photo shoot at a private home in L.A. The filmmaker took a plea deal at the time, pleading guilty to one count of statutory rape.

Judge Laurence J. Rittenband then ordered Polanski to undergo a psychiatric evaluation at the state prison in Chino where he served 42 days and was released.

There was an understanding between the prosecution and defense that the time served in prison would serve as Polanski's punishment. The judge later reneged on the agreement and suggested Polanski would go back to prison.

Fearing he'd get more jail time, Polanski fled to France the night before his formal sentencing. Los Angeles prosecutors have since remained on his heels.

In 2009, Polanski was arrested while accepting an award in Switzerland. He wound up serving 290 days, first in jail and then under house arrest, before Swiss authorities rejected the U.S. request to extradite him.

Monday's 133-page motion centered on an attempt in October to arrest Polanski while attending a function at the POLIN Museum of the History of Polish Jews in Warsaw. Polish authorities questioned him there because of the U.S. request, but refused to extradite him, saying the U.S. failed to provide confidential testimony about his sentencing in 1977.

The filmmaker has since moved freely between Switzerland and France, which has a blanket policy of not extraditing its citizens.

His attorneys want an evidentiary hearing to determine if the U.S. Department of Justice falsified the extradition request sent to the Polish government.

They claim the request omitted that the director served those 42 days of court-ordered prison time to better align the case history and meet the criteria of the U.S.'s extradition treaty with Poland.

"The DA's deliberate omission in its letter was plainly calculated to deceive the Polish government into believing that Polanski is 'extraditable' under the extradition treaty between the United States and Poland, when, in fact, he is not," the filing said.

The L.A. County District Attorney's Office has yet to comment on their latest efforts to bring Polanski back to California to face judgment in the rape case.