Popular Runyon Canyon Park may be getting bigger 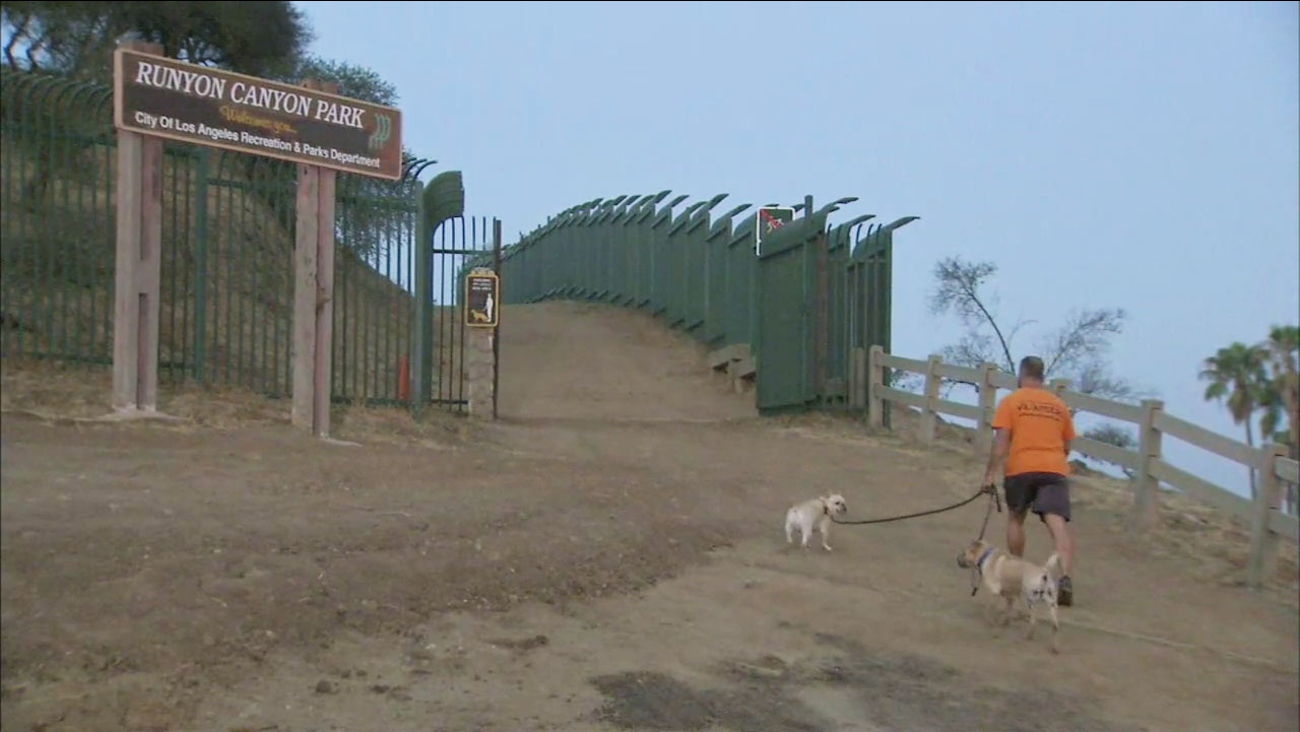 LOS ANGELES (KABC) -- Los Angeles' famous Runyon Canyon Park and its popular hiking trail may be getting bigger and better.

The city council is considering a plan to purchase 4.76 acres of land next to the popular Hollywood hiking spot, so it can be expanded.

The land, which is currently a green space, is privately owned and could be developed for housing if the city doesn't buy it first. It is located at 2450 Solar Driver.

Estevan Montemayor, a spokesperson for City Councilman David Ryu, said the plan is for the land to remain an open green space if it is purchased by the city.

The address is valued at more than $10 million and does not include a home located at the address, Montemayor said.

L.A. has the money for the purchase thanks to Prop K, which provides millions of dollars for park improvements.

The motion says $2.5 million in Prop K funds were set aside several years ago to buy the land, and it has accrued $1.8 million in interest.

The money would be given to the Trust for Public Land to buy the property, which would then donate the land to the Mountains Recreation and Conservation Authority, according to Montemayor.

The city owns and manages most of the park but the MRCA oversees the park's open green space.