Dozens of friends and family gathered Monday in prayer where a North Hills mother died after being struck by a suspected drunk driver over the weekend.

NORTH HILLS, LOS ANGELES (KABC) -- Dozens of friends and family gathered Monday in prayer where a North Hills mother died after being struck by a suspected drunk driver over the weekend.

"I'm going to miss my mom. I know she's hearing this right now, but I love her so much. I'd do anything to get her back, but you just can't," the woman's son, Jason Chincilla, said.

Ruth Chinchilla, 34, stood in the bike lane in front of her home and took her 2-year-old daughter out of a car seat when police said a man smashed into several parked cars and hit Ruth. The mother of three and her child were thrown several feet.

Jason, 16, was in the backseat of the car when his mother and sister were struck.

"I was inside the car when it all happened. I just hear the loud boom and the car shake. I just couldn't cry. I couldn't. I just stood there yelling, 'Mom! Mom!'" he said.

Authorities pronounced Ruth dead at the scene and the 2-year-old was found under a parked car. She is in stable condition at a local hospital.

"It's a miracle that she's still alive, you know? Because he hit that exact car on the left side, but she was under on the right side," Jason said.

Loved ones learned that the suspect, 22-year-old Jose Macias, was convicted of a DUI in March and was driving with a suspended license. They were in disbelief that a person's reckless and irresponsible decision caused so much pain and sorrow.

"He took one of our angels. He's going to have to live with that," cousin Abel Ibanez said.

Ruth is survived by her husband and three children, including a newborn boy. A GoFundMe page has been set up to help with funeral costs. 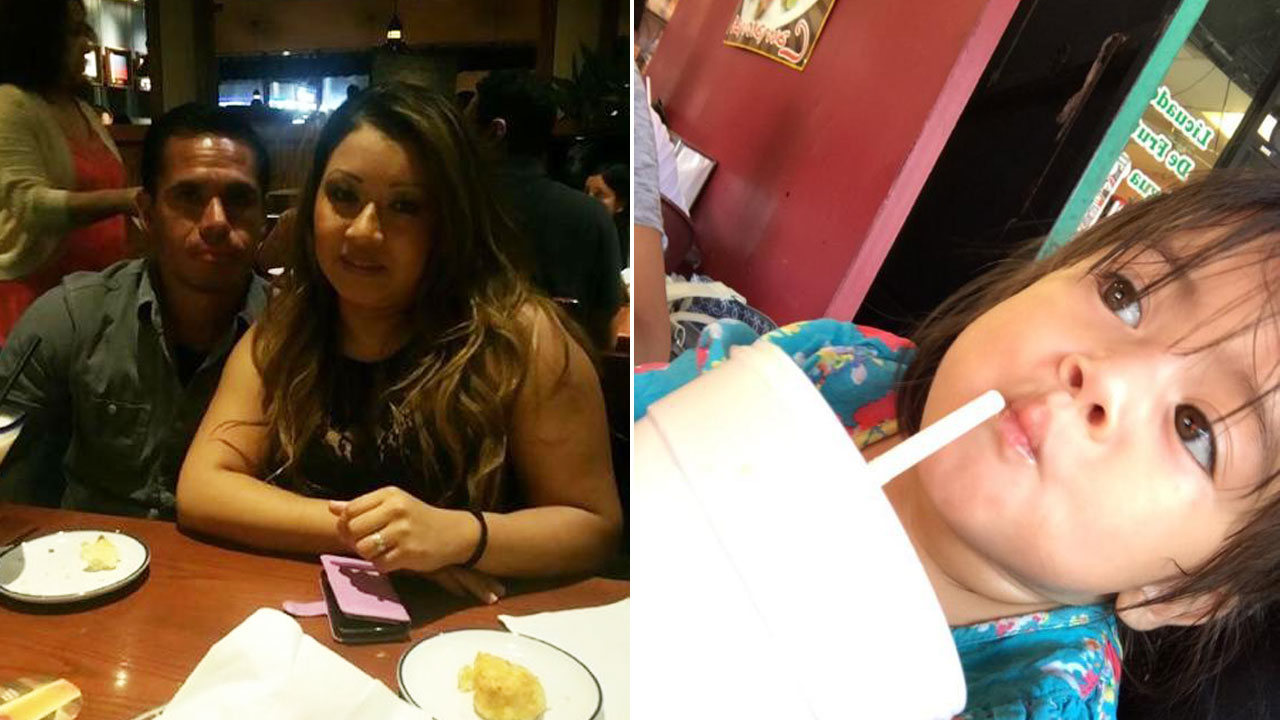