In the end 30 people decided to ride out the storm while 20 people were airlifted to safety.
CNNWire 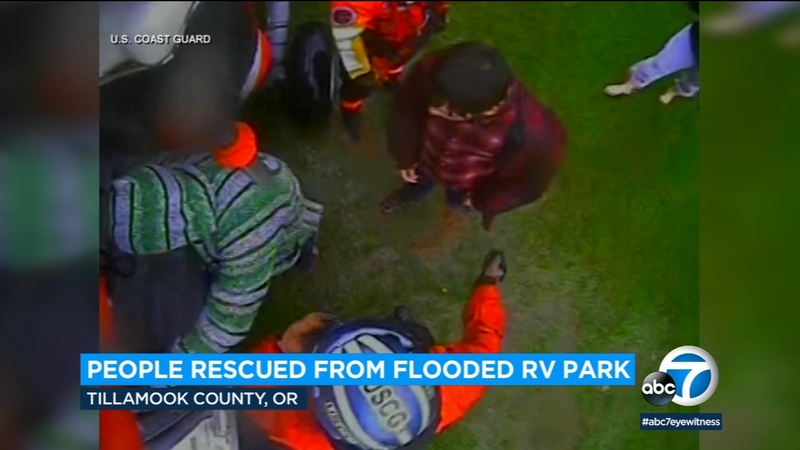 Petty Officer, Jack Earl, and his team had to battle low visibility and heavy rain to try and help 50 people stuck in the flood waters at the Neskowin Creek RV Park. Earl and three others from the coast guard used one helicopter to ferry 20 people to safety Friday.

"We were aware of the rising tide and rising water," Earl said. "We didn't want to be sinking into the field."

He and his team had to be flexible with the rescue mission. Their initial location to drop people off to safety became too dangerous with the low visibility so they had to change their plans to a different location.

Earl said they tried to make as much room as possible in the helicopter to get as many people out in each flight.

"We ended up putting the seats up so we had more room in the Cabin," Earl said. "We were also concerned about fitting in dogs and baggage from the people."

Earl said the team was calm and level headed as they navigated the chaos of getting people to safety. He said years of training helped make the rescue operation a success.

"I've never done a rescue quite like this," Earl said. "Everyone on the aircraft has been through training for days like this. "

In the end 30 people decided to ride out the storm while 20 people were airlifted to safety.

"I think the feeling of helping people is what keeps us going," Earl said. "I think days like today really remind us all of why we do what we do."