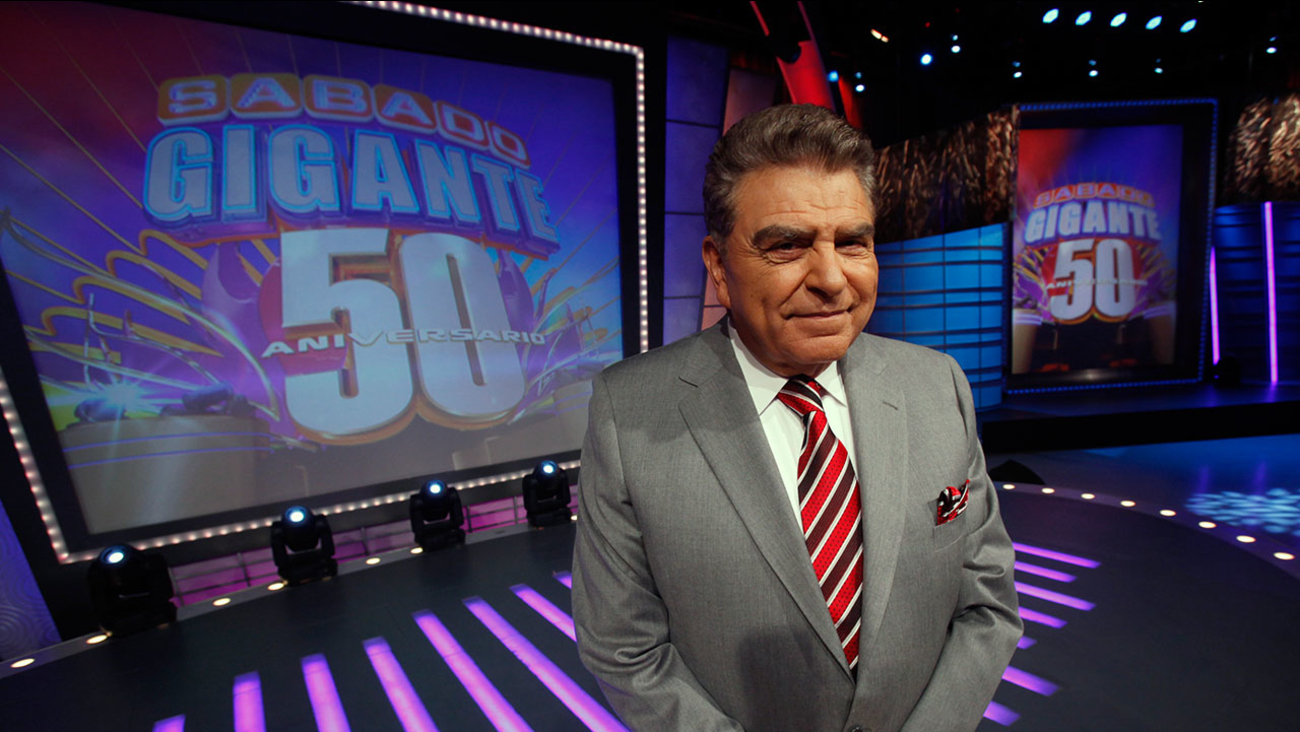 Mario Kreutzberger, popularly known as Don Francisco, poses on the set of his show "Sabado Gigante" in Miami in February 2012. (AP)

After 53 years on the air, Sabado Gigante is finally coming to a close this Saturday. Airing on Univision, the seminal Spanish television program was a constant source of entertainment on Saturday nights, and is one of the longest-running shows in television history.

Sabado Gigante has evolved over the decades, incorporating new characters and show devices. But the one constant has always been Don Francisco, the lovable, Chilean host who always ensured an entertaining broadcast. Francisco was wacky and eccentric, helping keep the show relevant for over decades.


One of the highlights of Sabado Gigante were their musical performances, where the hottest Spanish musicians and contemporary music stars would perform their latest hits. Everyone from Selena to Psy was featured on the show, helping Sabado Gigante remain a pop culture staple.


It could be hard to jump into an episode of Sabado Gigante without watching from the beginning, seeing how so many eccentric characters could be introduced into the show at any given moment. One character that remains a fan favorite is El Chacal, who would wail on his trumpet when he disapproved of contestants' singing on the show.


One of Sabado Gigante's most defining elements were its colorful and eclectic props used regularly in the show. Everything from massive high heeled shoes to brightly-colored pastries, Sabado Gigante's props were imaginative and added a fun atmosphere to the program.