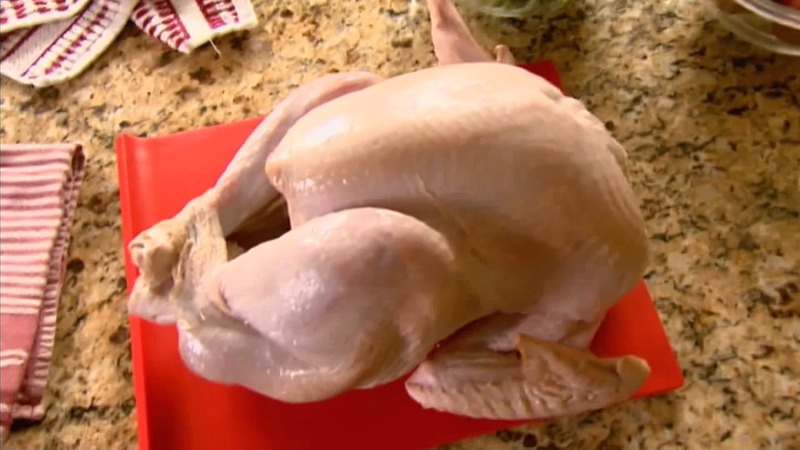 Public health and regulatory officials are being pressured to name the turkey brands linked to the recent salmonella outbreak.

The turkey salmonella outbreak, which started a year ago, has continued to progress.

As of Nov. 5, 2018, 164 people in 35 states have been infected. Sixty-three people have been hospitalized and one person in California has died.

The states most affected include Texas, Minnesota, Illinois and New York.

With Thanksgiving only a week away, Consumer Reports called on the USDA to list all the brands associated with the drug-resistant strain of salmonella on Wednesday.

"The USDA should immediately make public which turkey producers, suppliers, and brands are involved in this outbreak - especially with Thanksgiving right around the corner," Jean Halloran, director of Food Policy Initiatives for Consumer Reports, said in a statement. "This information could save lives and help ensure consumers take the precautions needed to prevent anyone in their home from getting sick."

While the CDC is not advising consumers to avoid eating cooked turkey this Thanksgiving, it is recommending handling raw turkey carefully, including washing your hands before and after preparing or eating turkey.

Cutting boards, counters, and utensils should also be thoroughly washed to prevent the spreading of germs from raw turkey to food preparation areas.

Additionally, cooking raw turkey thoroughly (to an internal temperature of 165 degrees, measured by placing a thermometer in the thickest part of the food) will help prevent food poisoning. Feeding raw meat to pets is also discouraged.

Salmonella infection can cause symptoms of what is commonly referred to as "food poisoning."