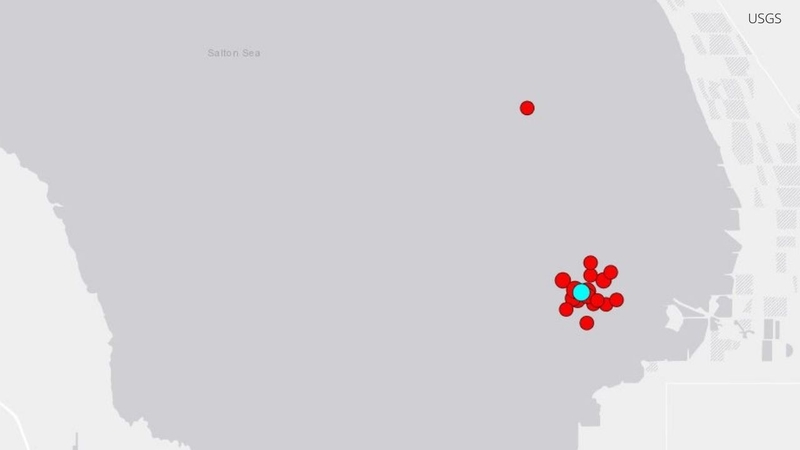 A swarm of earthquakes, the strongest of which was a magnitude-4.6 temblor, struck the Salton Sea in Imperial County Friday night, according to the U.S. Geological Survey.

The first quake, registering at a magnitude-2.6, struck around 9:27 p.m. at a depth of less than two miles. At least 18 other quakes hit the same area within about 20 minutes.

The quakes occurred in the same region where a magnitude-5.3 quake hit on Saturday.

The Brawley Seismic Zone has started up again tonight, slightly north of last Saturday's events, as though the fault extended a bit to the north. Looking back, a similar extended swarm happened in 1978. Like I said last week, they continue until they stop.