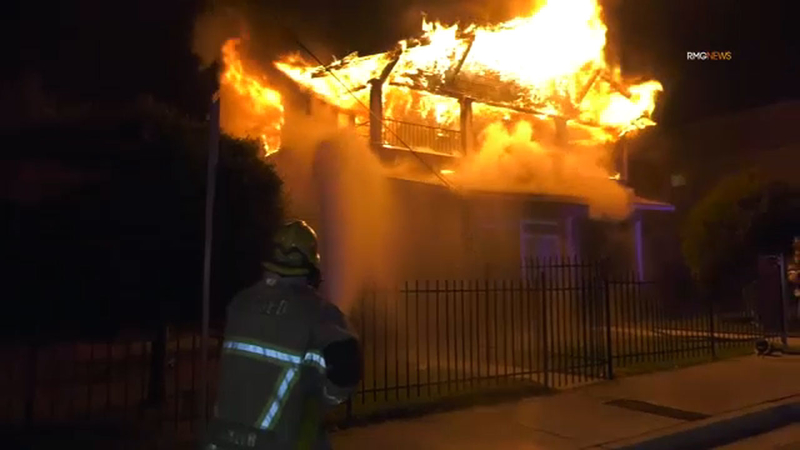 San Bernardino County Fire responded to the blaze at about 10:47 p.m. in the 900 block of West 2nd Street. Upon arriving, firefighters were met with smoke and flames coming from the second floor, but were able to evacuate the bottom floor and adjacent units with help from police.

A man, who was reportedly refusing to leave, was rescued from the fire and transported after suffering severe burn injuries, according to fire officials. San Bernardino police officers were seen arriving to the scene and running into the burning building to help with evacuations.

Police helped pull the victim out from the fire.

The blaze was later knocked down and no other injuries were reported.

The fire department said the Red Cross was notified to assist with "numerous" displaced residents, although the exact number was not specified.