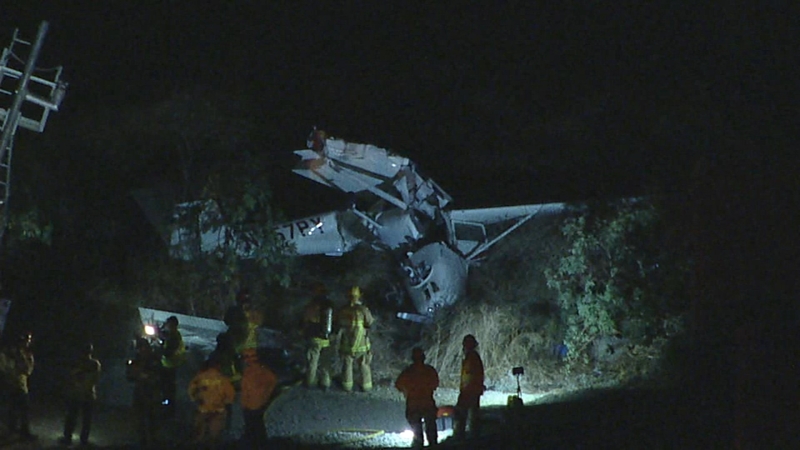 The crash was reported sometime around 8 p.m., but responding firefighters did not find any fire once they found the wreckage in a wash behind some buildings on the 800 block of E. Cooley Avenue.

The pilot notified the control tower at the San Bernardino International Airport that the plane was experiencing engine failure and planned to land on one of the airport's runways, according to the San Bernardino County Fire Department.

TV crews from the A&E show "Live Rescue" also responded to the emergency call and captured paramedics treating the pilot at the scene.

The aircraft, a Cessna 152, was located a few miles from the airport. The pilot was pulled from the plane's wreckage with a head injury and was taken to nearby Loma Linda University Medical Center. Additional details about his condition were not immediately available.

Authorities said initial reports suggested there was somebody else on the plane but the pilot was the sole occupant of the aircraft.

Investigators with the National Transportation Safety Board will now work to determine the cause of the crash.
Report a correction or typo
Related topics:
san bernardinosan bernardino countyman injuredplane crash
Copyright © 2021 KABC-TV. All Rights Reserved.
More Videos
From CNN Newsource affiliates
TOP STORIES