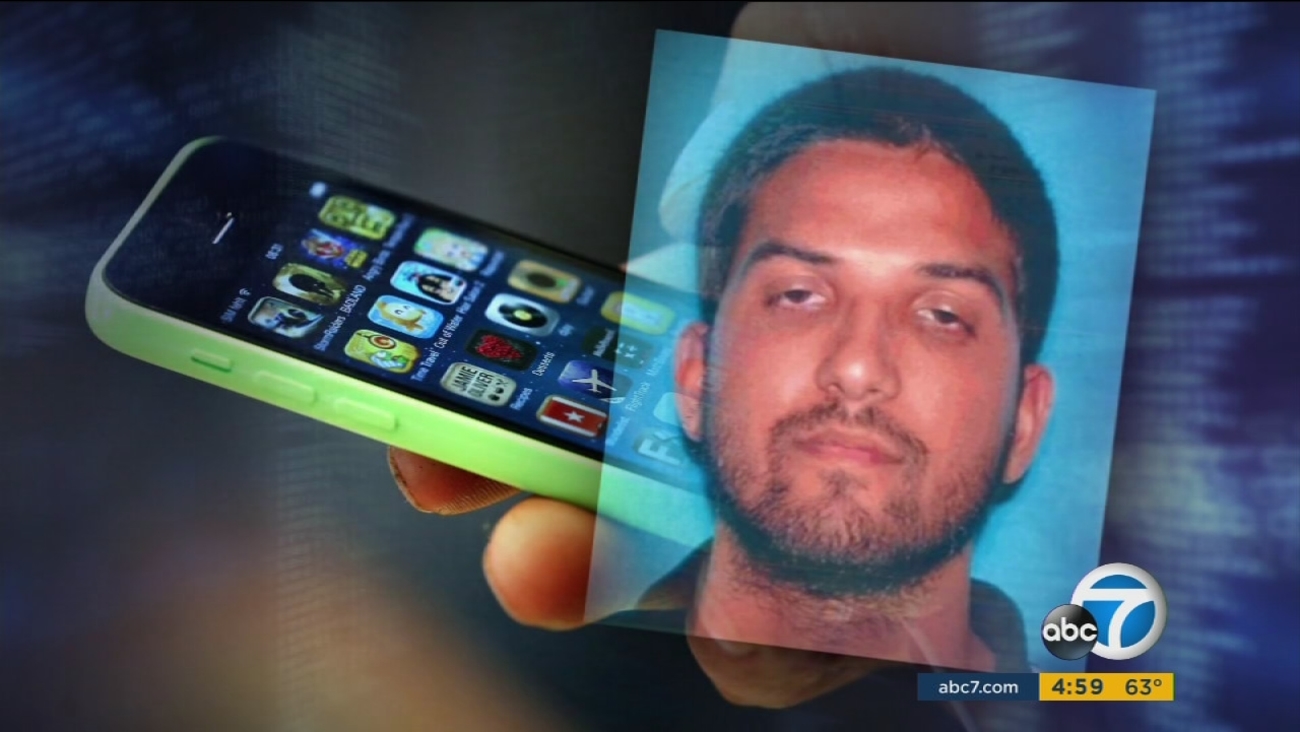 The FBI was able to access the iPhone of San Bernardino shooter Syed Farook with the help of a third party hacker. (KABC)

WASHINGTON D.C. (KABC) -- As the battle over FBI access to encrypted phone data moves to Congress, new information emerged Tuesday about what was in the San Bernardino shooter's iPhone.

The phone had been the subject of an intense legal battle between the FBI and Apple, before a third party was able to hack into the device for the government.

The FBI had been investigating an 18-minute gap in Syed Farook's whereabouts after he and his wife killed 14 people in San Bernardino on Dec. 2 before dying in a police shootout.

CNN reports that the phone showed no contact with other ISIS supporters during those 18 minutes, an important piece of information to investigators.

Apple's general counsel, Bruce Sewell, argued that strong encryption is particularly important in light of breaches of information at government agencies, including the IRS.

"To suggest that the American people must choose between privacy and security is to present a false choice," Sewell told the committee.

He also noted that the Chinese government had asked Apple for its source code within the last two years, a request Apple declined.