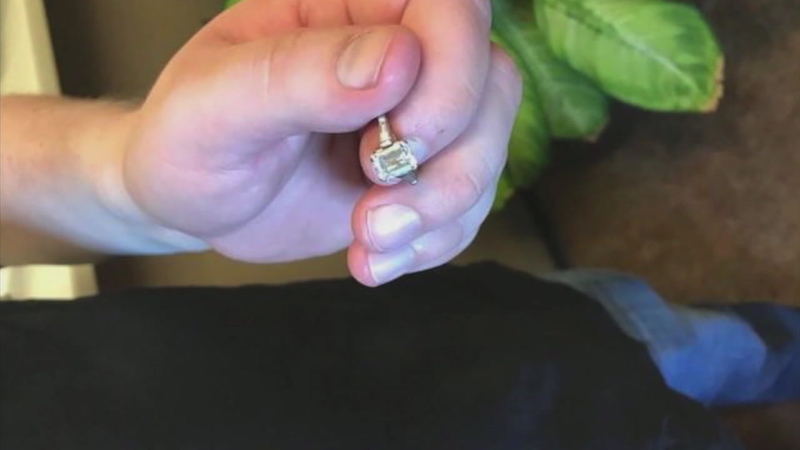 SAN DIEGO (KABC) -- A San Diego woman was reunited with a $30,000 ring at a landfill after it had been thrown in the trash by accident.

When members of her family realized the ring had been mistakenly discarded during a cleaning spree, they contacted the city.

Using GPS, authorities located the trash truck on its way to the landfill and the ring was found in a matter of minutes when the vehicle arrived there.

"Sometimes it takes three, four hours for them to find it," San Diego city worker Jose Ysea said. "Sometimes they don't find it at all. So to have them find something ... in under four minutes, that was pretty good."