Man in critical condition after being shot by officers outside San Diego police station, police say 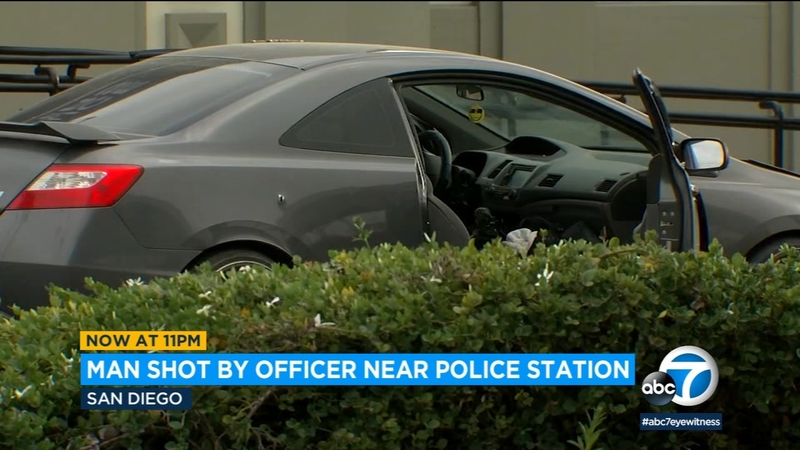 Man critically injured after being shot by officers in San Diego

SAN DIEGO (CNS) -- A 29-year-old man was critically wounded Sunday when he was shot by officers in front of the San Diego Harbor Police headquarters.

The man used the callbox in front of the building to request police assistance and an officer went outside, Sharki said. He was reportedly sitting in a gray Honda Civic in the parking lot.

"As the officer approached the vehicle, the male produced a handgun and pointed it at the officer,'' Sharki said. The officer took cover behind a pillar and radioed for help.

"The male continued to point the gun at the officer and other responding officers. The officer fired his service weapon multiple times at the male,'' the lieutenant said. "A sergeant and a lieutenant who responded to assist also fired their service weapons. At that point, the male dropped the firearm and was taken into custody without further incident.''

Harbor police officers rendered medical aid to the suspect until paramedics arrived to take him to a hospital, where he was in critical condition, Sharki said.

Homicide detectives investigating the shooting recovered a firearm from the suspect's vehicle, he said.

The names of the involved officers were not released, but Sharki said the first responding officer has been employed by the Port of San Diego Harbor Police for approximately seven years, the sergeant for approximately 22 years and the lieutenant for about 24 years. All three are currently assigned to patrol.