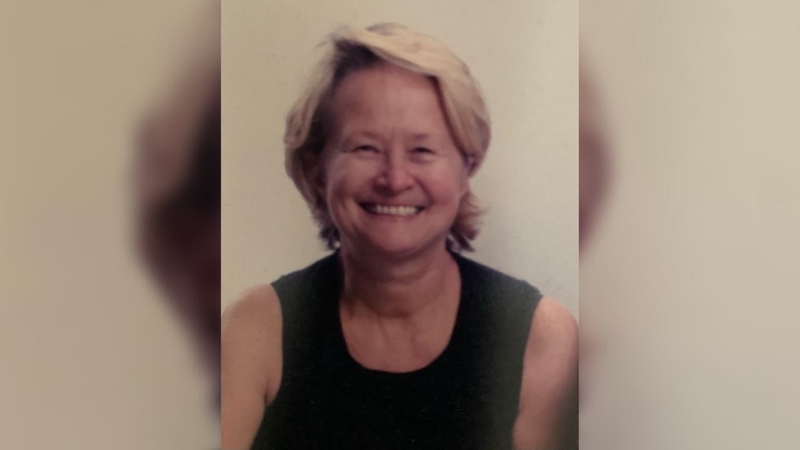 SAN DIMAS, Calif. (KABC) -- A growing memorial with candles and flowers lights up a street corner where a woman and her dog were stabbed and killed in a rampage next to a San Dimas park.

"Jeanne was a beautiful and big-hearted person and she didn't deserve this," said Linda Sanders, who said Jeanne was her best friend. "I've known her for so long and she's one of my best friends in the whole world. All are shocked because...I just found out."

The incident occurred Thursday afternoon at Lone Hill Park. According to the Los Angeles County Sherriff's Department, the suspect was carrying a knife and approached his first victim, Joe Page, who was walking near the park when he saw the suspect walking towards him with a knife.

Page ran to his car and the suspect then turned his attention to Edgar, who was walking her dog, stabbing both of them.

"She went to different dog parks all the time. She had sweet little Sachi, her little baby girl and she walked her everyday," said Sanders. "There was homeless people hanging around there. She would tell me that all the time."

A man with a knife killed a woman and her dog at a San Dimas park before he was knocked unconscious by a good Samaritan.

According to LASD, when the suspect stabbed Edgar, Page threw a rock at the suspect, striking him in the head and knocking him unconscious. Edgar and her dog both died at the scene.

Page's family said he works for a pest control company and was at the park taking a break.

"My heart goes out to her family and also the person from the pest control company," said Julie Hardt, a local resident who dropped off flowers with her dog at the memorial. "Prayers go out to him and his family for what he did and trying to help her."

Many residents who also walked their dogs at the park stopped by to drop off flowers and candles.

"It's just kind of a shock to us because it's been such a nice quiet, safe area," said another local resident, Jan, who didn't share her last name. "Our hearts are broken."

According to authorities, the suspect is 23-year-old Ricardo Saldivar from Upland. Saldivar faces a murder and attempted murder charge. Bail is set at $2 million.