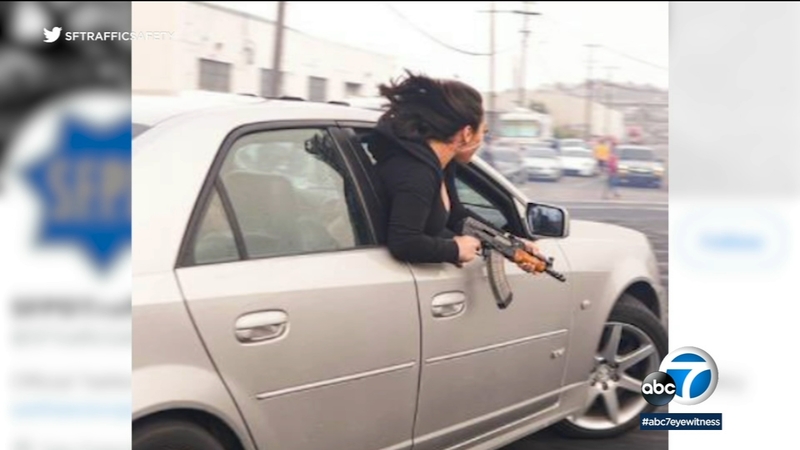 Woman leans out of car window holding AK-47 in SF

SAN FRANCISCO (KABC) -- San Francisco police released a photo of a woman seen holding an AK-47 while leaning out of the window of a moving car.

SFPD said the incident happened July 11 during an "illegal exhibition of speed event," or street racing.

The Cadillac seen in the photo was impounded Thursday as the photo helped investigators track it down.

Police also released a photo of the Cadillac being impounded.

The police department did not say if the woman or anyone else involved has been arrested in connection with the incident.