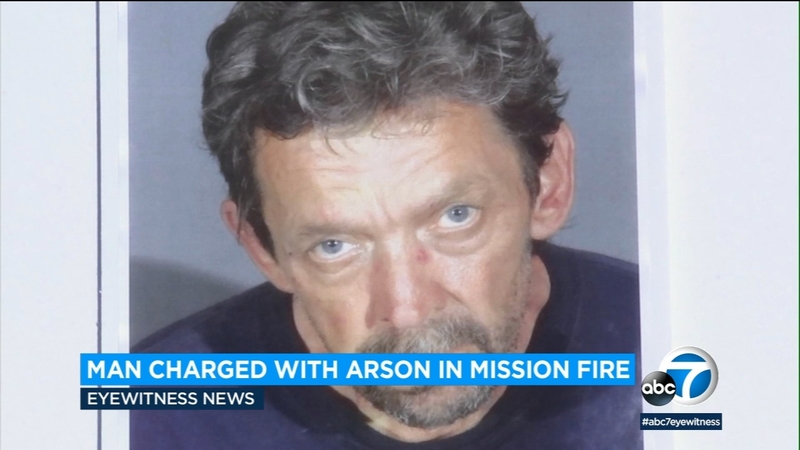 The San Gabriel Mission was undergoing renovations to mark its 250th anniversary when a fire broke out July 11, engulfing the roof and front entrance of the church.

Firefighters forced entry to tame the blaze, breaking parts of the roof and ceiling, officials said. No one was hurt in the fire.

Corey, also known as Joker, is accused of "starting the fire which spread to the top the roof and along the length of the church," prosecutors said in the statement.

Investigators said Corey was already serving time in prison for allegedly attempting to set a structure on fire in San Gabriel a few days after the church burned.

It was not immediately clear whether Corey has an attorney. A date for Corey's arraignment has not been set.

Authorities have not disclosed how they linked Corey to the two incidents, nor has a motive for the church fire been announced.

"It was concern that it was going to be some sort of hate crime or vengeance or something like that," said Father John Molyneux, the church's pastor. "And it doesn't appear to be so, but I can't comment on that because the investigation is still going on."

The massive fire left the church with heavy damage to the roof and considerable smoke and water damage to the sanctuary area, officials said. Repairs are still ongoing, and the house of worship is not expected to reopen until at least next year.

"The loss to the mission was in the millions of dollars but the loss to the community is immeasurable," District Attorney George Gascón said in the statement.

The San Gabriel Fire Department is still investigating the fire.

"The first firefighter on the scene told me, 'I was married in this church,'" said Molyneux. "So it's their home. It's their spiritual home."

The church was the center of a polarizing controversy surrounding statues of St. Junipero Serra, a Spanish priest who began the building of missions that line California and remain a tourist attraction.

But his statues have become symbols of violence and oppression to Native American populations. Spanish armies and Catholic missionaries imposed their religion on Indigenous people when they came to take the West.