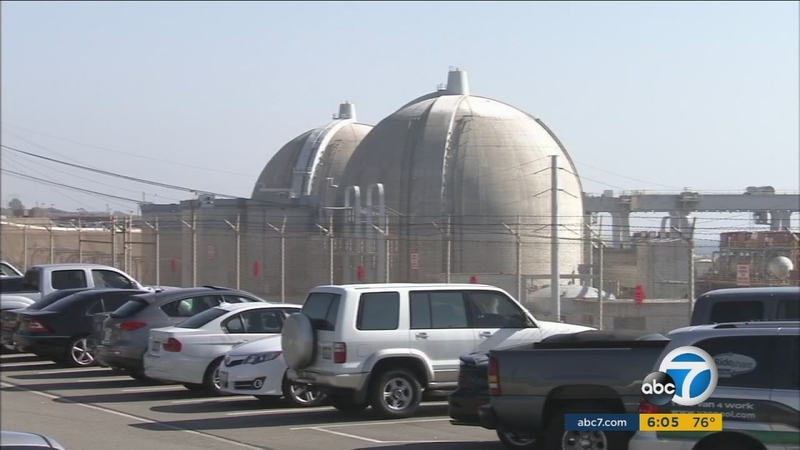 SAN JUAN CAPISTRANO, Calif. (KABC) -- The San Onofre nuclear plant has been closed for three years now, but the debate remains active over what to do with the plant's spent nuclear waste.

Southern California Edison announced in June 2013 the plant, located south of San Clemente, would be shut down after damage was found in its reactors.

While nuclear waste is a federal responsibility, the Department of Energy has not yet found a permanent site to store the plant's waste, so in the interim it is being stored at several locations, including at San Onofre.

Until a permanent location is found, SoCal Edison has contracted with a New Jersey-based company, Holtec, to build a partially underground system using a combination of steel canisters and layers of concrete to hold the spent fuel.

Edison expects to have it all moved to dry storage by 2019.

At a community meeting held Wednesday in San Juan Capistrano, residents and environmentalists expressed concerns about the safety of building bunkers to store nuclear waste in an area subject to seismic activity, tsunamis and other hazards.

"When you have it in a seismic area, in a possible tsunami area, you have 140,000 cars a day on the freeway, is that really the best place to store spent nuclear fuel?" said Garry Brown, founder of Orange County Coastkeeper. He added that if the material is embedded deeply in concrete, it will be difficult to inspect.