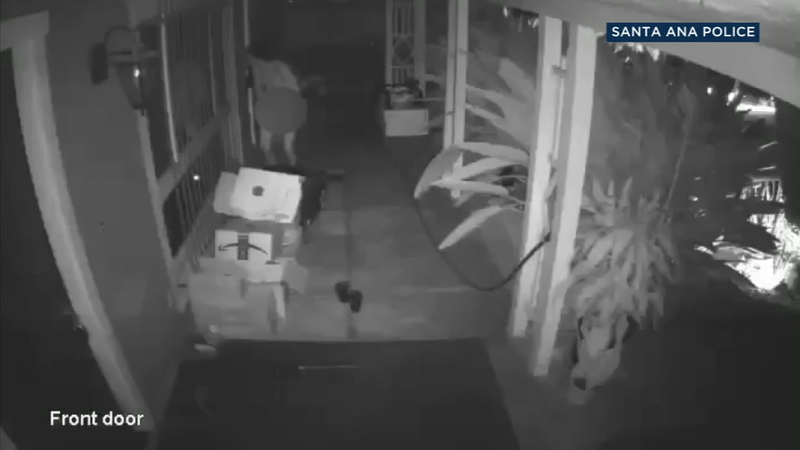 SANTA ANA, Calif. (KABC) -- A naked backyard prowler who masturbated while looking through the window of a Santa Ana home is being sought by police.

At this point, detectives are mystified as to the identity of the man caught on surveillance video at the home.

"Is he a registered sex offender? Is he somebody who has mental health issues?" Cpl. Anthony Bertagna said. "We need to figure out who he is, and then we'll go from there."

Police said the incident was reported around 7:45 p.m. on Saturday in the 1500 block of Mar Les Drive. The video first shows the prowler in full clothes, looking through a side window. But a few minutes later, the man removes his clothing and moves to the front yard.

"(He is) performing sexual gratification to himself, in the front yard on the front porch, as he's peering through the windows," Bertagna said. "That really concerns our detectives."

The man never appeared to attempt to get inside the home and left the property about 50 minutes later. But police said it's possible this wasn't an isolated incident.

"We got an additional call after this call of a male, unclothed, running around Westminster Boulevard," Bertagna said.

Detectives released the surveillance video hoping that someone recognizes the suspect and calls police.