Jose Manuel Pantoja is suspected of using wires to tie the dog's legs and of kicking him repeatedly.

Officers also found the small brown Chihuahua with a bungee cord around its throat and chest.

They transported the injured dog to an emergency pet clinic for treatment of multiple injuries and he is recovering now.

And Max the Chihuahua has had a happy reunion with his family.

Stephany Chavez was reunited with her family's 10 year old dog for the first time Tuesday at OC Animal Care, since he ran out of the yard Sunday.

The family looked for him but were unable to track him down - until officers found Max behind a WaBa Grill after someone called about a man kicking the dog.

Officers found Max with his feet tied with an electrical cord and a bungee cord wrapped around his neck.

They arrested Pantoja and rushed Max to the Orange County Emergency Pet Clinic.

After some rest, vets say Max should be fine. 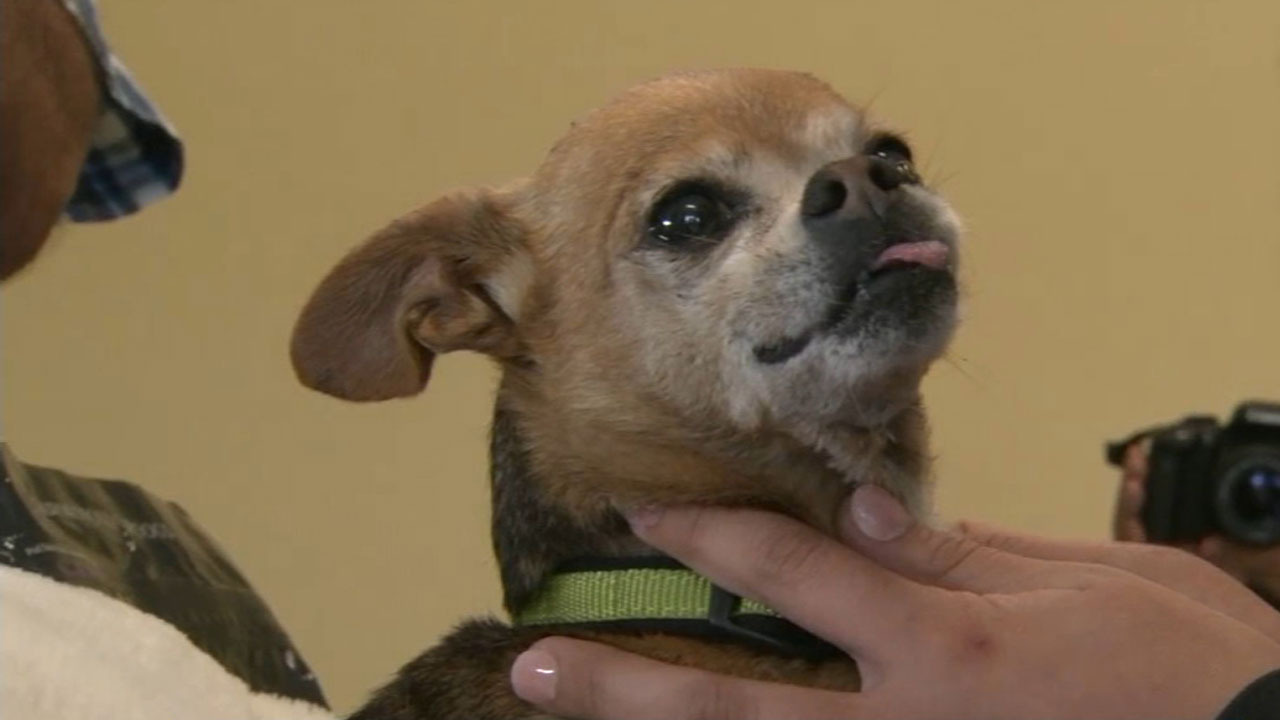 Max the Chihuahua is recovering after being beaten and tied up with cords.

"I didn't think I would see him again, but here he is," Chavez said. "And I'm just glad he's OK and he's not any worse than this."

The police sergeant who responded to the call, a longtime K-9 handler, took such an interest in the case, he paid the licensing fee for the family, so they could take him home.