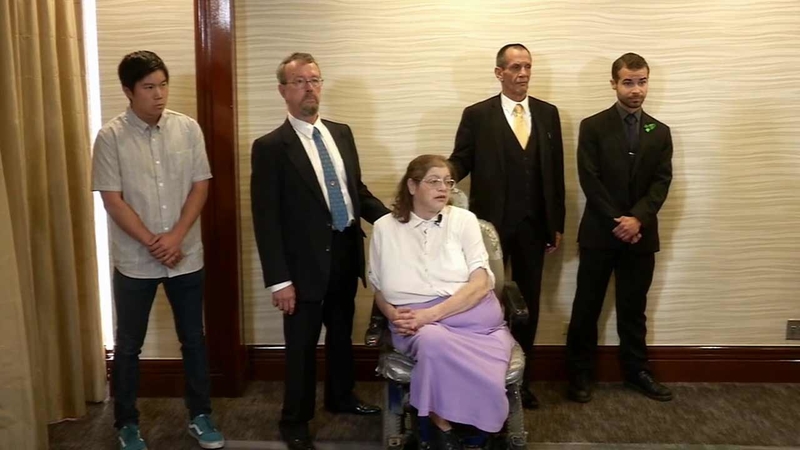 This following a controversial police raid at the marijuana dispensary on May 26 that was caught on surveillance video, and shows police playing darts, an officer making demeaning remarks about an amputee and another officer eating what appears to be a pot-laced edible.

"It's deplorable that city officials and people seeking financial gain would use the police to accomplish their self-serving goals," Pappas said.

At a news conference in Long Beach, Pappas outlined the lawsuit he filed in federal court. The suit alleges that Pulido and other city employees favored certain dispensaries over others.

The city of Santa Ana used a lottery system to select 20 pot shops to operate legally under a new voter-approved plan. The lawsuit alleges at least one dispensary which paid Pulido was selected.

Sky High Holistic did not win a spot in the lottery and its patients allege that because Pulido and other city employees had financial ties with competing marijuana dispensaries, they used their positions to close down the competition, including shutting down power and water services, the suit said.

Pappas released an edited surveillance video last week showing what the lawsuit describes as "excessive and unreasonable" actions by police officers during the raid.

The suit said officers caused more than $100,000 in damage to video surveillance equipment, safes, furniture, doors and other property. An internal investigation by the Santa Ana Police Department is ongoing.

"Police officers should not behave that way, it was unprofessional," Downing said.

Pulido released the following statement Monday afternoon in response to the lawsuit: "These allegations are unequivocally false and the city will be responding to this lawsuit."

He also said he has no financial interest or stake in any dispensary.