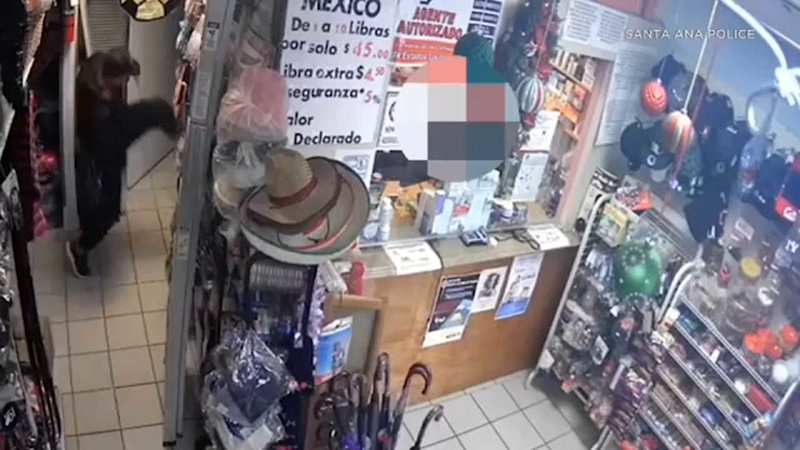 SANTA ANA, Calif. (KABC) -- Surveillance video recorded a robber breaking down a door and attacking a clerk inside a locked office at a store in Santa Ana, authorities said.

Police released the footage in hopes of identifying and apprehending the suspect.

Cameras caught the man kicking down a door inside Peters Mini Market on West 17th Street on Dec. 1.

According to investigators, the man became angry when the clerk wouldn't cash a check.