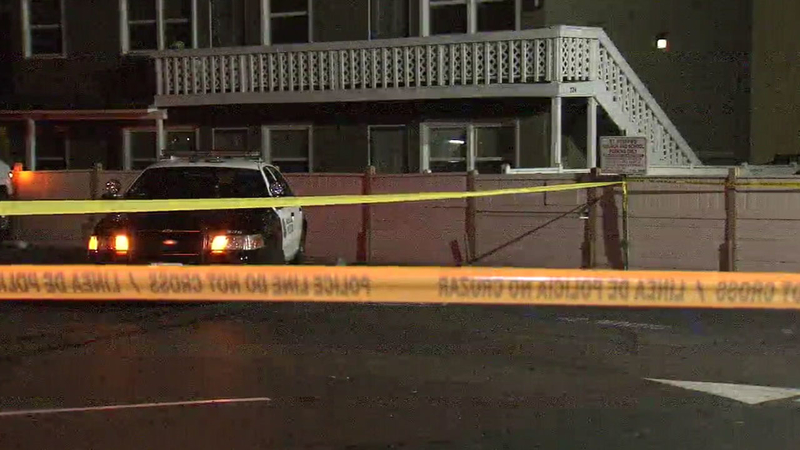 SANTA ANA, Calif. (KABC) -- Santa Ana police are searching for at least two suspects in connection to a shooting that left a 25-year-old woman dead and two men wounded.

The shooting occurred in a garage in the 700 block of N. Lacy Street around 11:35 p.m. Wednesday.

Authorities say the suspects entered an alley, pulled open a garage door and began shooting at the three people inside.

"There was at least two suspects, both on foot. They opened the garage doors, and that's when they shot into the garage," Bertagna said.

The victims were rushed to Orange County Global and UC Irvine medical centers, where Rodriguez succumbed to her injuries. The two male victims are in stable condition, police said, but are not cooperating with police, which is forcing investigators to rely solely on evidence found at the scene.

"There's a lot of shell casings, there's a lot of physical evidence, that they want to get to process, and often that leads us to suspects at a later date," Santa Ana police Cpl. Anthony Bertagna said.

Descriptions of the suspects were not immediately released. Bertagna said detectives are waiting for a search warrant to enter the garage and search for evidence.

Police say the shooting is being investigated as gang related. Santa Ana has experienced a huge spike in gang-related crimes and violence, Bertagna said.

Anyone with information on this incident was asked to contact the Santa Ana Police Department.