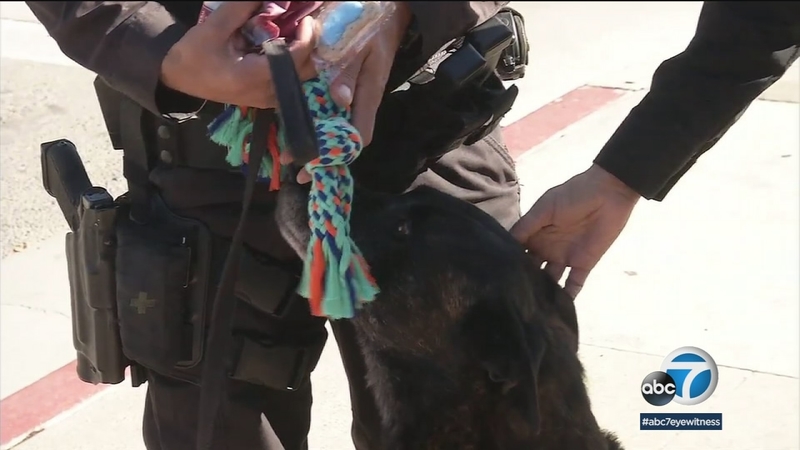 Garden Grove Police Department Motor Officer Katherine Anderson came bearing gifts to Puskas of the Santa Ana police. The 7-year-old Dutch shepherd stopped a man who allegedly tried to run Anderson over a week and a half ago.

"When he passed by me, it was inches," said Anderson. "I had very little time to get out of the way, and his driving looked a lot like it did during the pursuit."

Anderson was writing Antonio Padilla a ticket for speeding, when police said the wanted felon tried to back into her, then took off. She watched closely as Santa Ana police pursued him Monday night.

"It was as loud as it was on Super Bowl Sunday in my house," Anderson said. "I was jumping up and down and screaming and cheering these guys on."

Once Puskas was released, Anderson said she knew the pursuit was over.

Puskas lost six teeth after hitting the curb, but he didn't let go until an arrest was made.

For Anderson, a mother of three, delivering a thank you -- and some head scratches -- was worth the wait.