Human remains unearthed by a Santa Ana construction crew have been determined to be Native American and more than 100 years old.
KABC
By ABC7.com staff 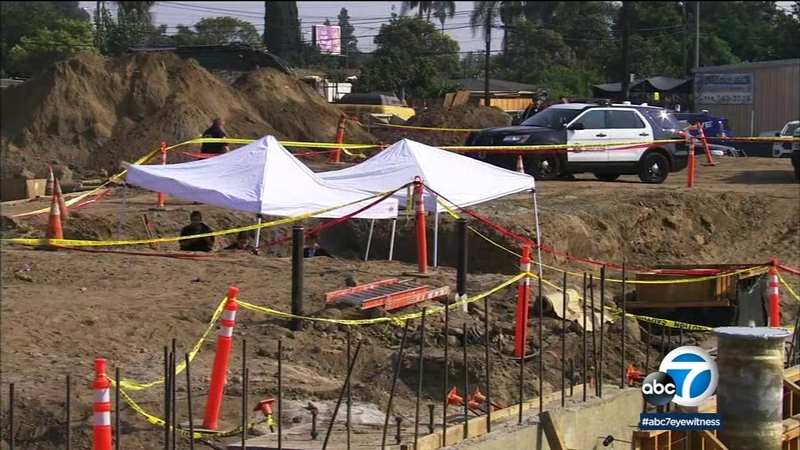 Bones dug up in OC identified as ancient Native American

SANTA ANA, Calif. (KABC) -- Human remains found in Santa Ana have been determined to be Native American and at least 100 years old.

Police say the bones were unearthed on Sept. 16 by crews working on an Orange County street-car project in the 2000 block of West 5th Street.

An archaeologist that works with the project identified the leg bones and rib cage as likely human and the county coroner's office was called in to provide further analysis.

Officials have not determined the sex or a possible cause of death.

The site of the digging is owned by the Orange County Transportation Authority, which acquired the property as part of the trolley project. Construction started about a year ago. In the past the location had at one time been a residential property and later was a scrapyard.