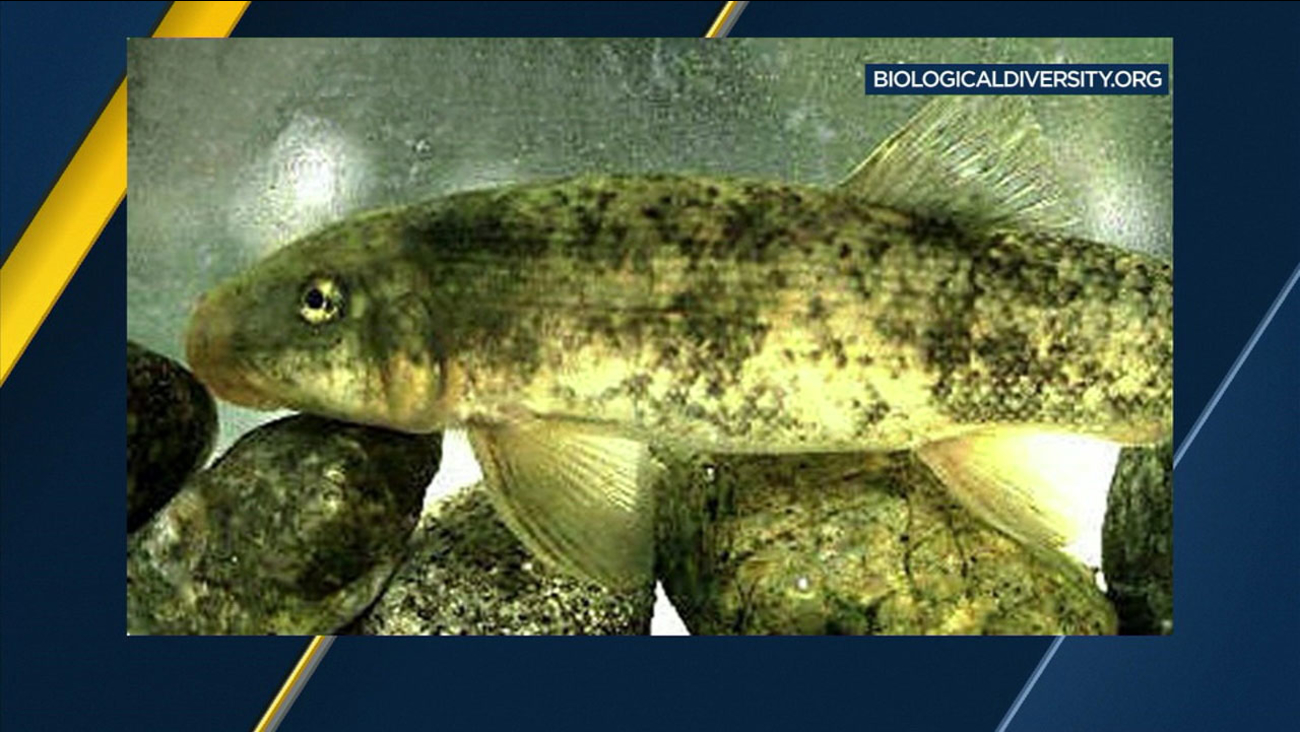 SANTA ANA, Calif. (KABC) -- Threatened sucker fish rely on the few patches of water in the Santa Ana River to stay alive, but environmentalists are saying that a local wastewater treatment plant is violating federal law.