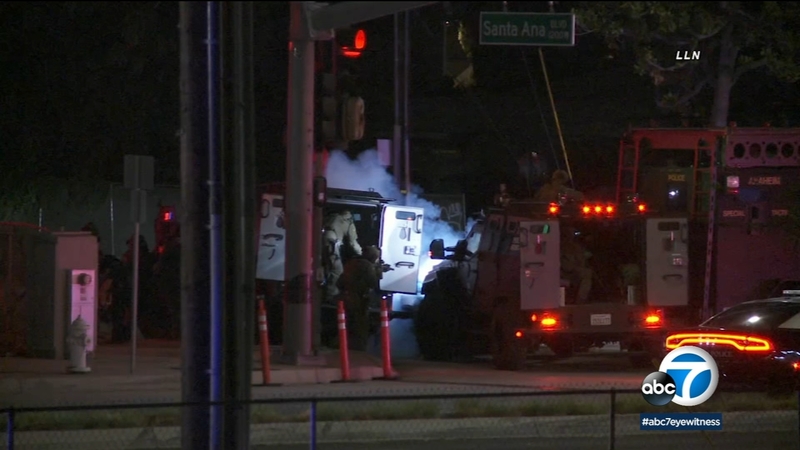 SANTA ANA, Calif. (KABC) -- An armed robbery suspect was fatally shot by Anaheim police after a car and helicopter chase that ended in an hourslong SWAT standoff.

On Tuesday around 5 p.m., the suspect was seen driving a stolen vehicle in Santa Ana and when two Anaheim police patrol vehicles tried to stop him, the suspect drove away and a pursuit ensued, according to the Anaheim Police Department.

An Anaheim police helicopter joined the pursuit along with Santa Ana police and the suspect's vehicle became disabled in a construction area near Santa Ana Boulevard and Bristol Street, where police attempted to negotiate a surrender with the suspect.

Officers say negotiators worked for three hours to get him to surrender before SWAT personnel from Anaheim PD took over. Another hour of trying to convince the suspect proved unsuccessful.

Eventually, chemical agents were deployed to draw the suspect out of the vehicle and, after he stepped out, at least one officer opened fire. The suspect, who has not been identified, was pronounced dead at the scene.

The Orange County District Attorney's office opened an investigation into the shooting.