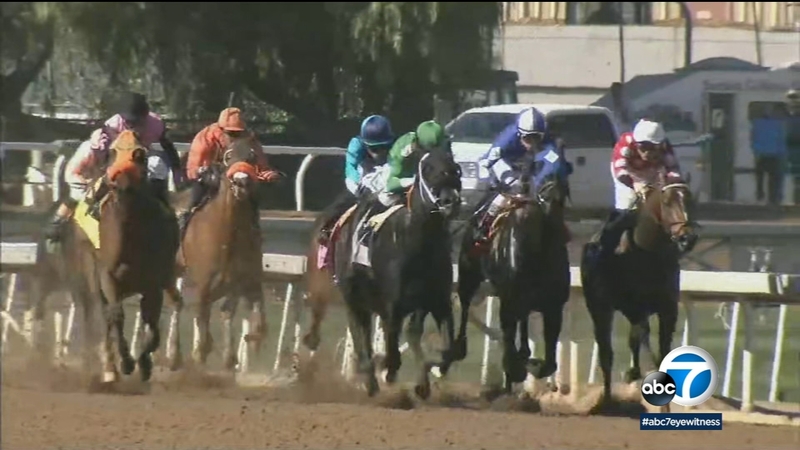 ARCADIA, Calif. (KABC) -- A horse died at Santa Anita Park Saturday, the second day of horse-racing season for the park.

A 3-year-old colt name Emtech was euthanized on the track after the eighth race of the day. The horse was evaluated by a team of veterinarians and was determined to have two broken front forelimbs, according to track officials.

The sport as a whole has come under increased pressure in response to the spate of deaths during Santa Anita's most recent season. Thirty horses died at Santa Anita between late December and June. A 31st horse, a 4-year-old gelding that broke its pelvis during training hours, was euthanized at the track earlier this month.

"As is protocol at Santa Anita, we will open an immediate inquiry into what factors could have contributed to Emtech's injury," said Dr. Dionne Benson, Chief Veterinarian for The Stronach Group. "Santa Anita will work closely with the California Horse Racing Board and will continue to brief our stakeholders and all of our constituents, including the public, as more facts come in."

The deaths have prompted numerous protests. The park had announced rule changes including banning race-day medications designed to protect the thoroughbreds.

"It's cruelty to the animals. I don't think it's fair. I think someone needs to investigate even further and maybe the state should get involved," said John Endieveri a horse-racing opponent.

The ongoing controversy is blamed for a significant drop in the track's attendance.