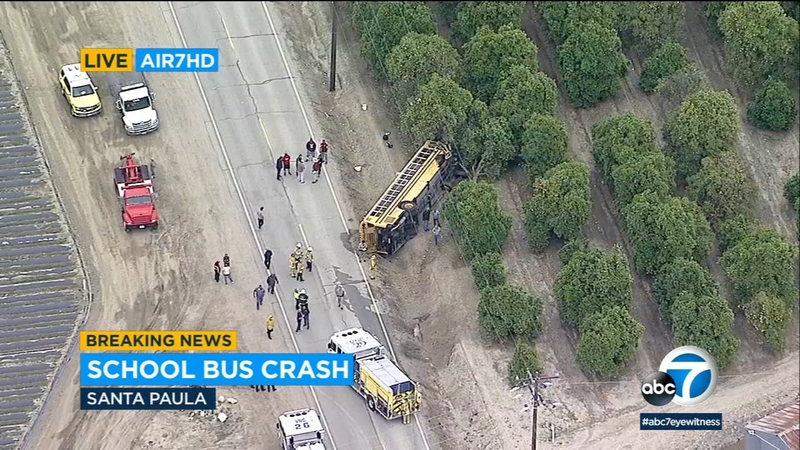 SANTA PAULA, Calif. (KABC) -- Several student athletes were aboard a school bus that overturned in the Santa Paula area of Ventura County, injuring two of them.

There were 11 people on the bus at the time of the crash, according to the Ventura County Fire Department, who initially reported 12 passengers. It included the bus driver, nine student athletes and a coach.

The ages of the athletes were not immediately known.

"Everyone is out of the bus and are being medically evaluated," the agency said on Twitter. "Triage is in process, most everyone appears non injured."

Emergency crews responded to the area of South Mountain Road and Balcom Canyon Road in Santa Paula at about 2 p.m. Friday.

The bus driver and two student athletes were taken to the hospital with minor injuries, officials said.

It appeared only the school bus was involved in the incident. All student athletes have been reunited with their parents.