Watts Towers restoration: Can science save the iconic work of art? 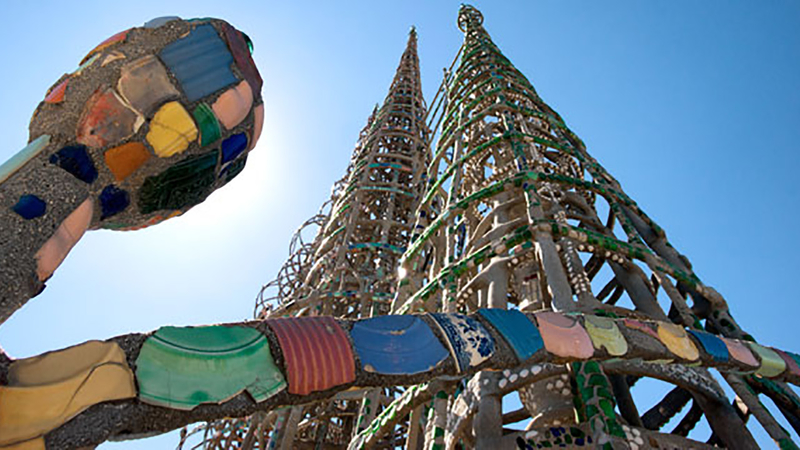 Watts Towers restoration: Can science save the iconic sculptures?

LOS ANGELES (KABC) -- One of the most unique artworks in the world soars into a bright blue sky in a neighborhood most Southern Californians never venture into. The Watts Towers draw visitors from around the world, but relatively few from its own area.

"People from Europe, Asia, Hong Kong... it's the Angelenos and the Americans that don't come," says Frank Preusser, senior conservation scientist at the Los Angeles County Museum of Art (LACMA).

Preusser hopes to raise the profile of the towers, as his team of scientists and conservationists work to restore the iconic sculptures to their original state. 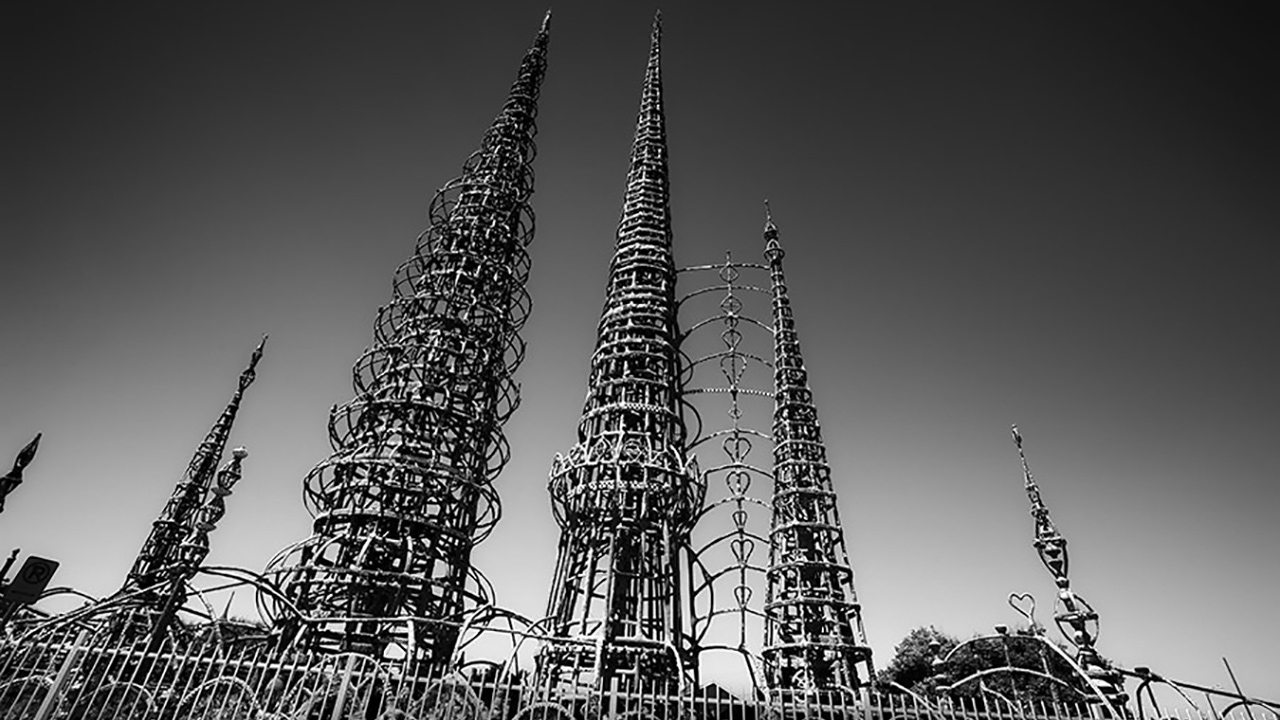 The Watts Towers are one of three sites in California to recently be listed as "at risk" by The Cultural Landscape Foundation.

"It's at risk because of the environment that it's in," says Preusser.

Decades of California heat, Santa Ana winds and earthquakes have taken a toll on the towers, which were constructed by hand out of scrap metal, cement plaster and bits of scavenged refuse.

Italian immigrant Sabato "Simon" Rodia was a construction worker by day, eccentric artist by night. He built the towers working alone in his Watts backyard, over a period of 33 years.

"Nobody knows why he built it. The most frequently cited quote is, 'I wanted to do something big and I did it,'" says Preusser.

Rodia did do something big. The tallest of the three main towers rises nearly 100 feet above the triangular shaped lot Rodia bought on East 107th Street back in 1921.

"I believe that the Watts Towers are a unique testament to the power of human creativity, unbridled human creativity and determination," says LACMA assistant conservator Blanka Kielb.

LACMA has been leading the effort to preserve the towers since 2010 when the museum entered into a partnership with the City of Los Angeles Department of Cultural Affairs.

UCLA engineers joined the scientific mission last year. The goal is to better understand what's leading to the deterioration of the towers, and figure out the best way to preserve them - especially given that several previous restoration efforts failed.

"The cracks always came back," says Preusser. "Over time, these cracks get wider and wider."

Cracks allow water to seep in and corrode the metal. Pieces of mosaic regularly fall to the ground.

One intriguing discovery scientists have already made is that the towers actually move with the sun throughout the day.

"The sculpture basically heats up on the side the sun is beating down on, and there's a slight daily leaning away from the sun as the south side expands," says Kielb.

As the sun sets each night, the towers bend back again. It's a daily cycle of "thermal stress" that contributes to the structure's deterioration. The existing cracks also expand and contract with the sun's heat.

Traditional cement repair work wouldn't hold against all that movement, so the team is testing different types of flexible materials to patch and seal the cracks.

"Everything is designed to open and close... to move," says Preusser.

He estimates it will take about $6 million over five years to fully restore and maintain the Watts Towers. Two-million dollars is expected to come from the city, but the rest will have to be raised from donors.

Preusser, who previously worked to restore such ancient treasures as the Sphinx and the Tomb of Queen Nefertari in Egypt, says the Watts Towers project is the most difficult challenge of his 40 years in the field.

Eyewitness News asked the German-born scientist what he'd say to Southern Californians who've never visited this iconic work of art in their own backyard.

"I would say come and look. It's fascinating, it's beautiful, and it's relaxing. Walk through and discover. For children, it's marvelous."