A total of 8 people were injured, including one person who needed immediate care, authorities said.
KABC 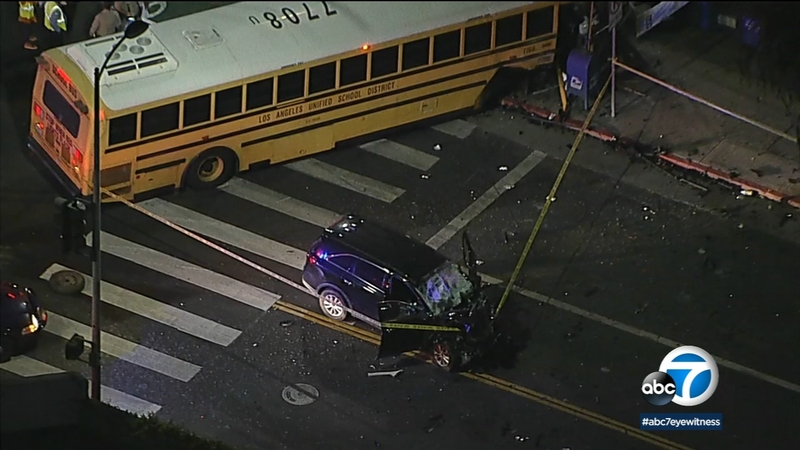 SOUTH LOS ANGELES (KABC) -- Eight people - including children - were injured after a driver in a stolen SUV crashed into a school bus in South Los Angeles Wednesday evening, authorities say.

The crash happened in the 200 block of W. 108th Street around 7:30 p.m., according to the Los Angeles Fire Department.

Officers attempted to pull the SUV driver over since the vehicle was believed to be stolen, according to a California Highway Patrol traffic log. That's when the driver took off and crashed into the bus.

There were six children in the bus at the time of the crash. Video showed the children using an emergency exit to escape danger, but it did not appear any of them were seriously hurt.

The driver of the SUV was the only person taken to the hospital. Their condition is unknown.

Firefighters say they also found high-voltage wires down in the area.

Footage from the scene showed the SUV with a damaged windshield and the school bus had crashed into a pole.