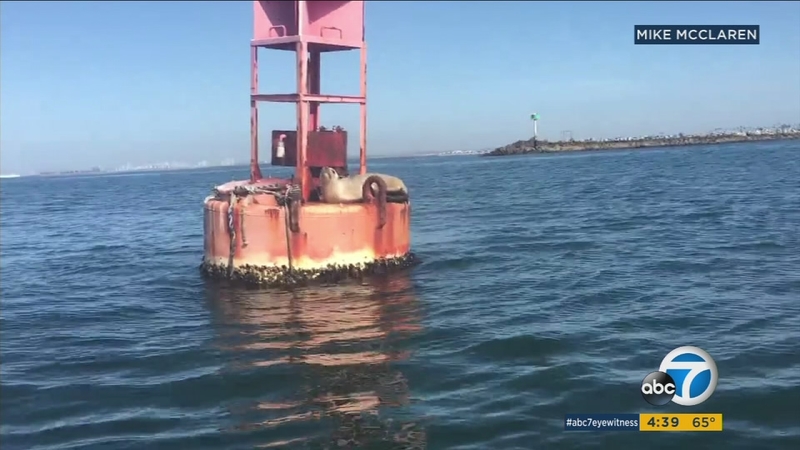 HUNTINGTON BEACH, Calif. (KABC) -- Two fishermen taking their boat out in Huntington Harbour Sunday morning caught more than they'd bargained for when they spotted a sea lion with what looked like an arrow sticking out of both sides of its body.

"It looked like it was suffering a bit, the wound looked a little bit discomforting as well to him, so we decided to do what we could do to make it better," said fisherman Gary Grommes.

Grommes began to pull himself closer to the animal while his counterpart Mike McClaran recorded on his phone.

Slowly and carefully, Grommes pushed the arrow out of the sea lion, as it barked in discomfort.

"It was lashing back a bit at us, but it was also looking like it was wanting someone to help it," said Grommes. "It was tired of having it stuck in him."

After about a minute, Grommes pulled the arrow out completely and the sea lion jumped into the water.

The two friends were shocked by the experience but happy to have helped the animal.

"He actually was with his buddy. I actually saw him kissing the other seal - no joke - and we watched him swim around for a while," said McClaran.

After fishing for an hour, McClaran said they saw the sea lion in the same place, looking better.