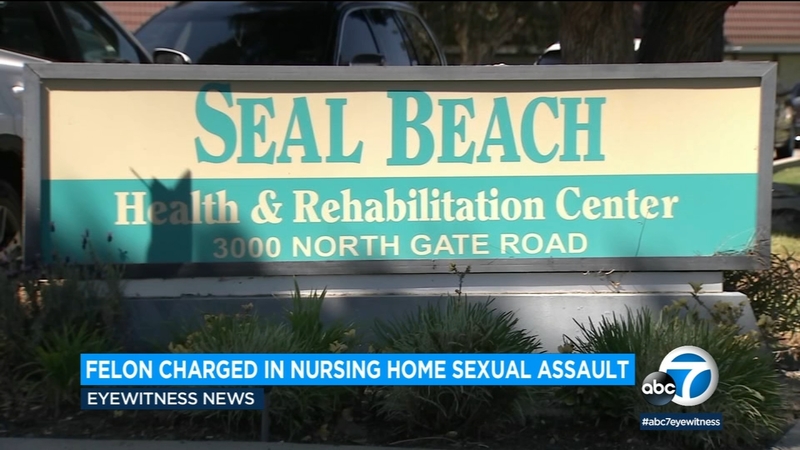 SEAL BEACH, Calif. (KABC) -- A convicted felon who once lived at Seal Beach Health and Rehabilitation was back behind bars at the start of March and is scheduled to be arraigned next week.

One woman who did not want to go on camera told Eyewitness News she worried after hearing of the arrest because she has a loved one living there.

"Wow, they don't have very much security, apparently," the woman said, adding, "It doesn't seem like there's too many of them watching what's going on or actually paying attention to the patients."

Officers with the Seal Beach Police Department said they responded on the morning of March 1. Staff called police, saying they heard a woman screaming and pushed through the door blocked by the suspect's wheelchair and found the suspect on top of her, on her bed.

"When they did break through the barricade of his wheelchair, they came upon him engaging in acts against her of a sexual nature," Orange County District Attorney Todd Spitzer said.

According to the California Department of Corrections and Rehabilitation, Alberto's criminal history includes a three-year prison sentence in 2011 for corporal injury on a spouse/cohabitant.

Eyewitness News reached out to the facility's administrator Monday for comment, but she only said the case was under investigation.

The OCDA said his office was looking back at the steps leading to Alberto's housing there to see whether there was a violation of state law.

Alberto's arraignment is scheduled for March 18.