Passengers do nothing as woman is raped on train near Philadelphia, police say

"Somebody should have done something," said Timothy Bernhardt, Superintendent of the Upper Darby Police Department.
WPVI 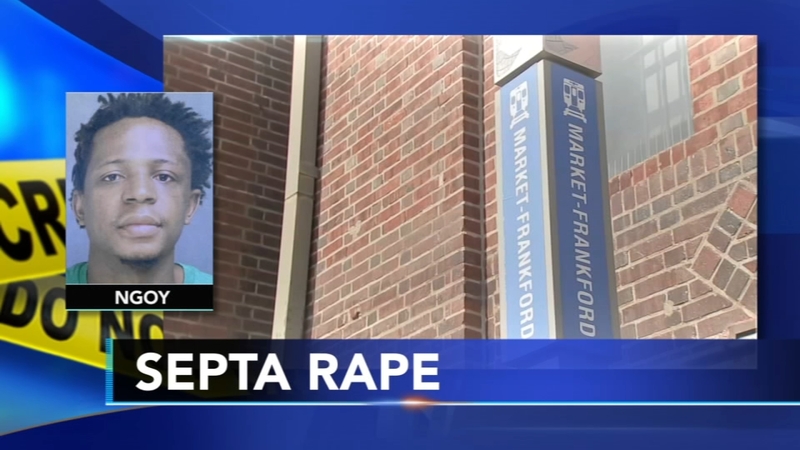 UPPER DARBY TOWNSHIP, Pennsylvania -- A man is in custody after he reportedly raped a woman on a SEPTA train outside Philadelphia Wednesday night as no one on board called 911, police said Friday.

The attack took place around 10 p.m. on a westbound train in Upper Darby Township, Pennsylvania. The woman did not know the suspect, identified as Fiston M. Ngoy, 35, who officials say was known to police. He has been charged with rape, indecent assault, and sexual assault, among other charges.

In a statement, SEPTA called the attack "a horrendous criminal act" and said officers apprehended Ngoy "in the act."

Beyond condemning the assault, officials questioned why none of the other passengers appeared to do anything to help the victim. The 911 call came from a SEPTA employee who witnessed the attack from a platform as the train rolled by.

"There were a lot of people, in my opinion, that should have intervened. Somebody should have done something," said Timothy Bernhardt, Superintendent of the Upper Darby Police Department. "It speaks to who we are as society. I mean, who could allow something like that to take place?"

Tim Bernhardt, superintendent of the Upper Darby Police Department, discusses a sexual assault that took place on board a SEPTA train Wednesday night.

Investigators said surveillance video shows Ngoy sit next to the victim and attempt to touch her. The woman is seen attempting to push him away several times.

The video then shows Ngoy push her down, rip her clothes off and sexually assault her, police said.

Police said the victim went into a state of shock. The assault went on for eight minutes.

SEPTA said in its statement that the assault "may have been stopped sooner if a rider called 911."

Bernhardt called the victim "an unbelievably strong woman" and said she "is on the mend."

Police said the attack was caught on SEPTA's surveillance system. It may also have been recorded by other people on the train.

SEPTA issued a statement urging people to call 911 if they observe a crime being committed.

"The rape that occurred on SEPTA's Market-Frankford Line Wednesday night (Oct. 13) was a horrendous criminal act. The assault was observed by a SEPTA employee, who called 911, enabling SEPTA officers to respond immediately and apprehend the suspect in the act.

There were other people on the train who witnessed this horrific act, and it may have been stopped sooner if a rider called 911. SEPTA urges anyone who observes a crime being committed or any dangerous situation occurring to report it. Anyone witnessing an emergency should immediately call 911. For non-emergencies, we encourage the public to use the SEPTA Transit Watch app. If people see something they think SEPTA Police should know, this allows them to say something - quickly and discreetly.