The altercation could be seen live on television initially, but WWE cameras then quickly cut away.
KABC 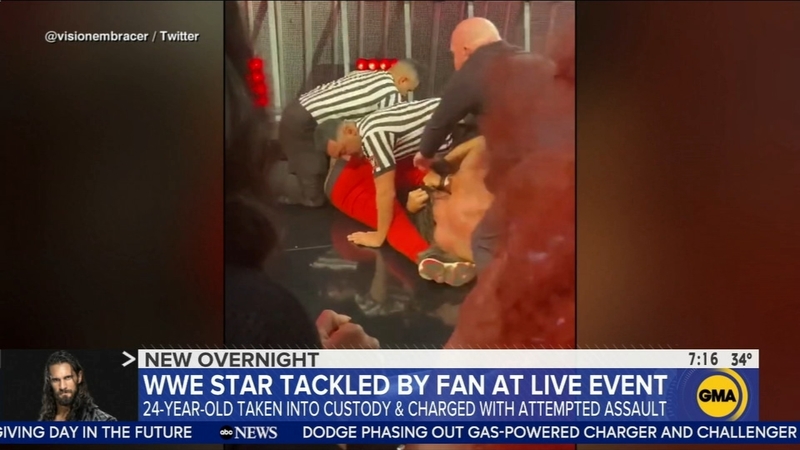 NEW YORK CITY -- A 24-year-old Brooklyn man was taken into custody following an attack on a WWE wrestler during a live television broadcast, according to the New York Police Department.

Police say that at about 9:20 p.m., Spencer left his seating section, jumped the metal barricade and attacked Rollins, who suffered swelling to his lip.

Rollins, one of WWE's biggest stars and a former WWE champion, was walking back toward the entranceway following a Raw segment with wrestler Finn Balor.

Stomp once. Stomp again.@WWERollins just made sure @FinnBalor didn't get a match with him tonight... #WWERaw pic.twitter.com/4zv56PbVrZ

As he reached the top of the ramp, the attacker came running at full speed and roughly tackled Rollins, whose real name is Colby Lopez, to the ground.

The two momentarily fought on the ground before security and officials jumped in.

Rollins, attempting to keep character, was able to walk to the back under his own power once officials contained the attacker. 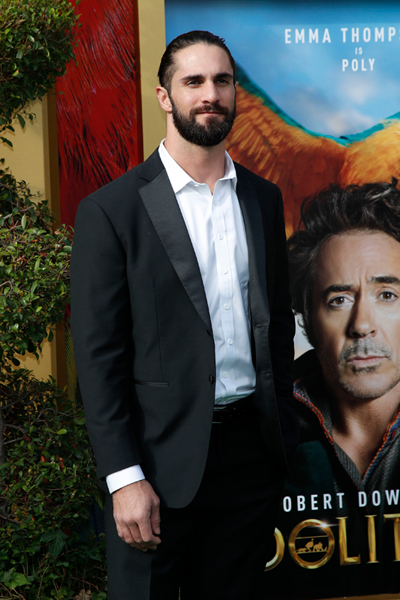 Seth Rollins at the "Dolittle" Premiere at the Village Theater on January 11, 2020 in Westwood, California.

The altercation could be seen live on television initially, but WWE cameras quickly cut away when it became apparent it wasn't part of the script.

Spectators captured the incident on their cellphones and posted it on social media.

"WWE takes the safety of its performers very seriously," WWE said in a statement to ESPN. "The individual who attacked Seth Rollins has been turned over to the NYPD and will be prosecuted to the fullest extent of the law."

Spencer is being charged with attempted assault and attempted violation of arts and cultural affairs (disrupting a live sporting event), according to the NYPD. He has no prior arrests.

In 2019, a fan tackled wrestling legend Bret "The Hitman" Hart during the WWE Hall of Fame ceremony in the same arena.

The attacker was promptly subdued by several people, including other wrestlers, who came to Hart's defense. Hart, who was 61 at the time, was OK.

Bret Hart attacked by fan during WWE Hall of Fame ceremony in Brooklyn. Nydia Han reports during Action News at 9 a.m. on April 7, 2019.

The induction event resumed, with Hart continuing his speech, after the fan was taken into custody.