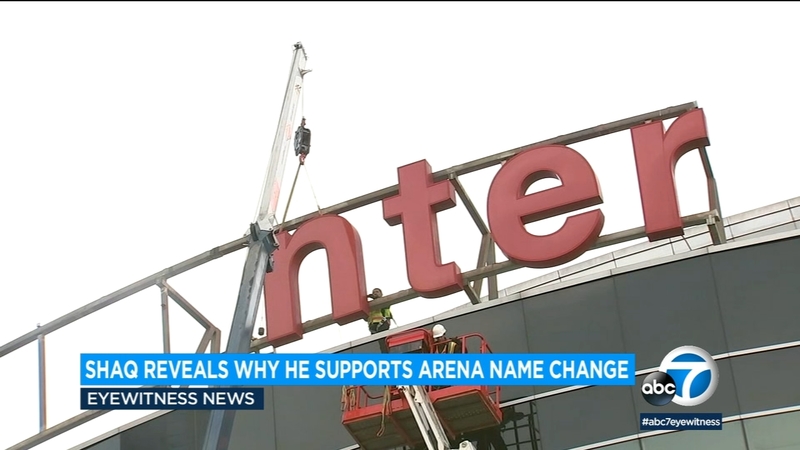 Why Shaq says he supports the Staples Center name change

LOS ANGELES (KABC) -- Although not everyone might approve of the impending Staples Center name change, Lakers legend Shaquille O'Neal says he's glad they're changing the name.

As he explained on "The Big Podcast with Shaq," he's all for it.

"I'm glad they're taking the name of the Staples Center down because that was our building....Staples Center belonged to Shaq and Kobe, forever," he said.

The Lakers christened the then-brand new arena by winning the NBA title in its first season. They then went on to win two more the next two seasons.

The Kings also won a pair of Stanley Cups in the building and the Sparks have won three WNBA titles there as well.

It's a new era! Crews were spotted at Staples Center, home to several local pro sports teams such as the Lakers, removing outdoor signage as it prepares to live under a new name.