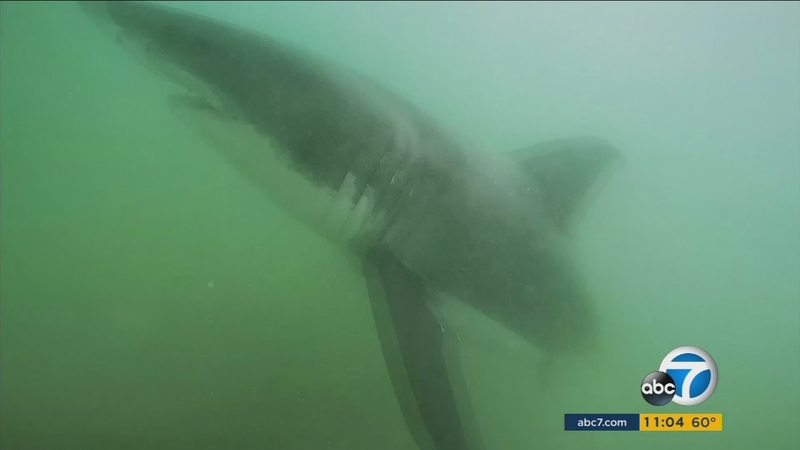 They were seen about 150 yards offshore from Anderson Street, officials said.