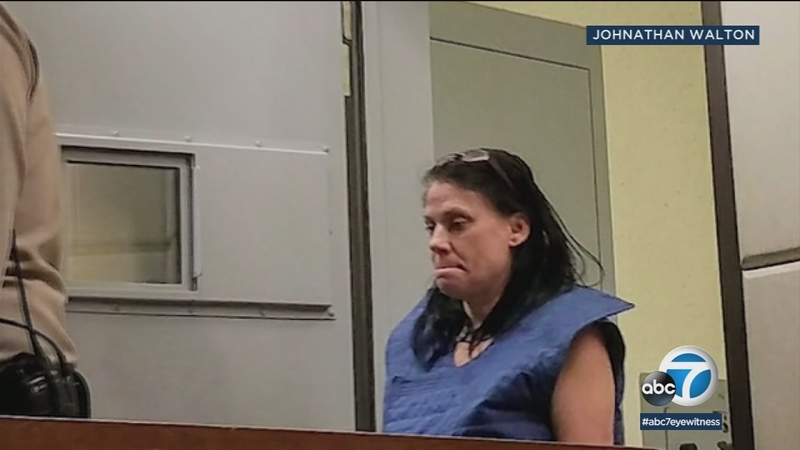 DOWNTOWN LOS ANGELES (KABC) -- A convicted embezzler and accused con artist was at a downtown Los Angeles courtroom Friday to find out if another case against her - this one for grand theft - will go forward.

Johnathan Walton, a reality TV producer, prays that it does.

"I want justice. I want her to go to jail for a long, long time," he said.

Walton said the woman, Marianne Smyth, is a world-class swindler. He met her in 2013 and they became fast friends. She convinced him she was the heir to an Irish fortune.

Walton, who is gay and married, said it wasn't a romantic relationship but one cultivated over years of sharing emotional challenges in both their lives.

"She is a genius. She makes you fall in love with her. She makes you like her. She buys things for you. She takes us to expensive dinners. Then one day you wake up and all of that is a lie. Everything she told us about her life was a lie," Walton said.

Those lies were costly. Walton said small personal loans that she paid back quickly led to very expensive ones that she did not pay off.

But Walton decided to go public with his story. He set up a GoFundMe campaign to raise money for a documentary he's making about Smyth. He also set up a website to warn people and said he's found more than a dozen people who've lost money to her.

"She has a trail of felonies for fraud and grand theft that literally stretch across the world - Florida, Michigan, northern Ireland, California," Walton said.

This isn't Smyth's first run-in with the law. She spent time in jail for embezzling nearly $200,000 from a Los Angeles travel agency.

Outside the courtroom Friday, Eyewitness News caught up with the accused con-artist, but she wouldn't answer any questions.